AmaZulu sighed a sigh of relief on Sunday, July 24, when they beat AmaTuks by 3-1 to return to the Premiership. A win for the University of Pretoria's side would have seen them taking a spot in the league.

The University of Pretoria went down 3-1 to AmaZulu at a packed Princess Magogo Stadium in the second leg of the Mvela Platinum play-offs. The first leg ended in a 0-0 draw at Loftus Stadium on Wednesday.

The spirited students put up a good performance, but allowed AmaZulu's experienced players too much time with the ball. Striker George Mofokeng shone for the University side, while AmaZulu's goals were scored by Dennis Lota, veteran John 'Shoes' Moshoeu and Kagiso Senamela. 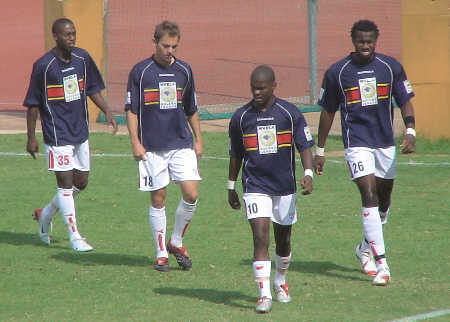