The choir was established on 19 March 1968 to contribute towards the cultural development of the student corps and the cultural enrichment of the community through its choral singing and operates under the auspices of the Department of Music.

Tuks Camerata regularly performs on campus and has also toured the word to international acclaim. In 2007, under the baton of Johann van der Sandt, the choir participated in the in the 46th CA Seghizzi International Choral Competition in Gorizia, Italy and returned with the accolades of Best Conductor, Best Performance of a Prescribed Work, Geburten by Andrea Venturini and first place in the Jazz and Pop Category.

International concert tours have been undertaken to Austria, the Czech Republic, France, Germany, Finland, Kenya, the Netherlands, the United States of America and Zanzibar.

Tuks Camerata will perform on campus in 2008 as part of the centenary celebrations. Don’t miss their performances on the following dates: 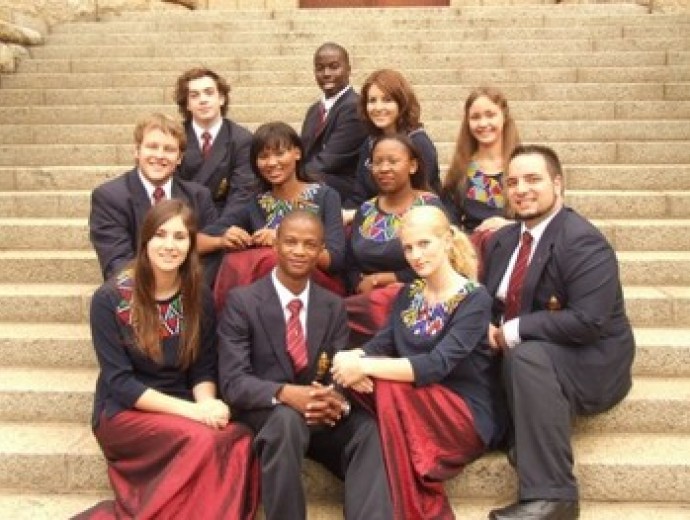