Sidhika competed against 23 of South Africa's top final year students from design institutions throughout the country. She proposed a business concept called “One in Twenty Nine”, which encompasses the creation of an information and awareness campaign aimed at the prevention of cervical cancer in South Africa. The adjudicators commented that "Sidhika presented an excellently resolved solution to a complex problem. She was most inspirational, thorough, an excellent communicator and a humble leader." Sidhika will represent South Africa at a Design Student Workshop in Nagoya, Japan during December 2008. It is particularly significant that Sidhika is the first Indian woman to win this award, since its inception 21 years ago, and that this is the second consecutive year that a final year student from the University of Pretoria has won this prestigious award. Sidhika’s lecturer comments that “The award could not have been given to a more deserving candidate. Sidhika is a remarkable young woman who is sensitive, engaged and endearing. She actively champions the role of design in improving the welfare of women in South Africa, and in contemporary society in general”.

To date, Sidhika is the sixth winner of the Design Achievers Award, representing the Department of Visual Arts at The University of Pretoria. Previous winners include: Jacques Lange (1988), Monty Filter (1992), Robert Braune (1996), Emma van Niekerk (2000) and Braam de Klerk (2007); runners up include Gustav Greffrath (2002) and Nick Hlozek (2003). 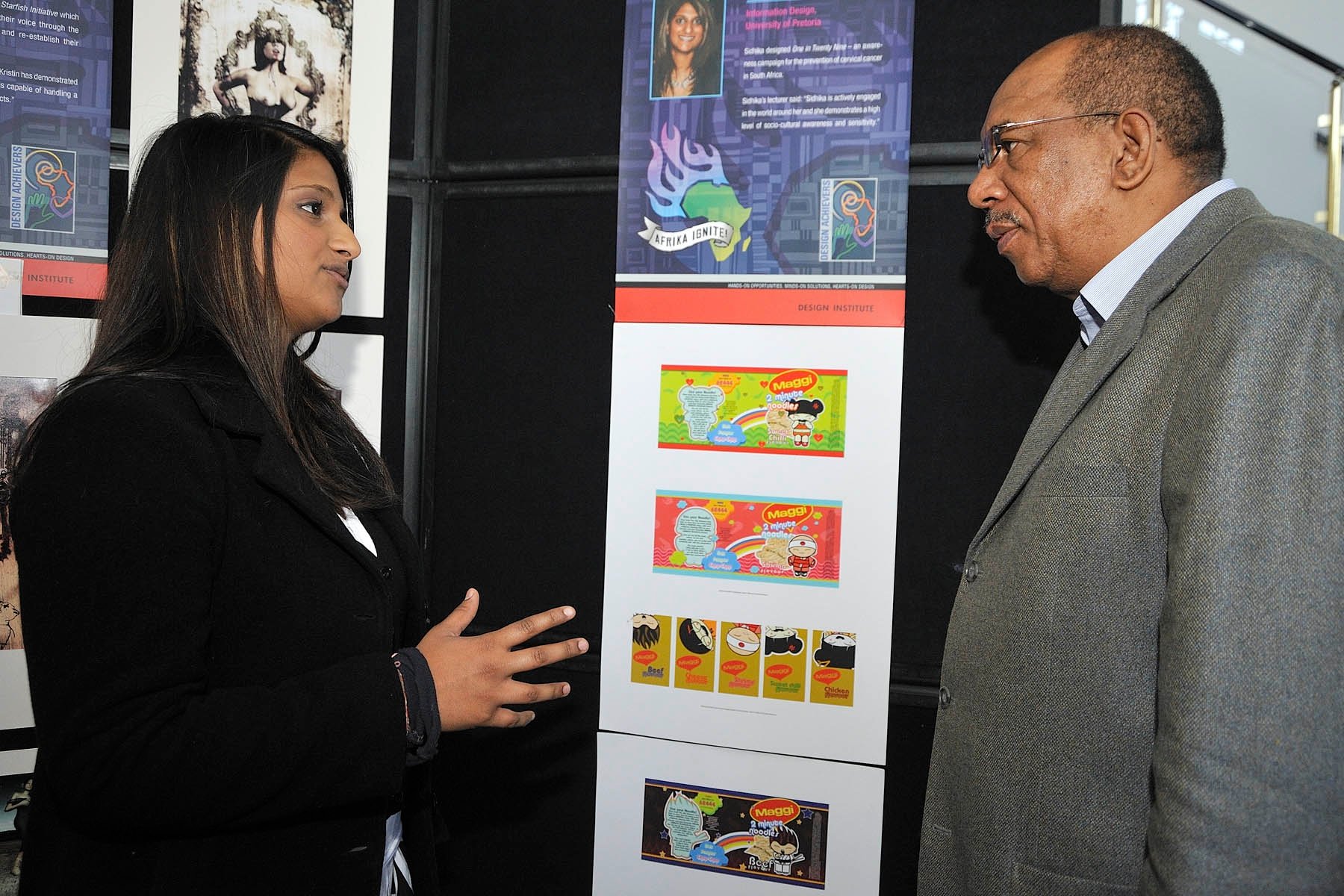 Sidhika with Mr Martin Kuscus, CEO of the SABS
Share this page