UP EXPERT OPINION: Economic growth is the anti-poverty strategy that actually works

A common way of measuring economic growth is by tracking changes in GDP per capita. While there are important and well-known flaws to this measure if environmental damage is unpriced, for example, or if there are changes in the value of work done in the household (think child-rearing or home-cooked meals) it still captures average living standards in a way that is comparable across countries and over time.

It is true that growth in average incomes does not guarantee that everyone will benefit equally; some people will get rich before others, after all. But are there any real examples of growth actually making poverty worse?

Well, no, not really. Here is a quick and dirty way to get to this conclusion: go to the wonderful website, Our World in Data and play around with its interactive data visualiser. I picked six developing countries, Malaysia, Poland, Chile, Thailand, Vietnam and Indonesia, which have had strong growth in the past 30 years. Note that these countries have quite different cultures and histories, and started off at quite different levels of development.

If you plot those countries' GDP per capita from 1989 to 2019 you will see that their growth performance has been strong. The average Polish person’s income tripled over this period, while that of the average Vietnamese increased by an astounding factor of five. SA's real GDP per capita increased only 18% over this period (from $5,169 to $6,125, in constant 2015 dollars), an average growth rate of 0.24% a year.

But how have the poorest people in those high-growth economies done? Did all the gains from this incredible period of growth go to the wealthy? Again, the answer is no. While poverty has obviously not disappeared, these high-growth countries have lightened some of their most extreme burdens.

For Malaysia, the median person’s daily consumption nearly tripled (from $8.36 to $21.62). The story is much the same in all of these countries, with the interesting exception of Poland, where the collapse of communism seems to have hurt the poor in the early 1990s, but subsequent growth has made up for lost ground.

These statistics can seem dry and abstract but think about the changes in the lives of the many millions of people they represent. They mean better nutrition for children and the lowering of many of the related risks of disease and injury. They mean better lighting and heating in the home, higher-quality furniture, warmer and more durable clothing, and the easing of many other daily frustrations. They mean, in short, an increase in the quality of people's lives.

Yes, an increase from $2.31 per day to $10.92 does not abolish all hardship, far from it. But incremental gains, multiplied by millions of people and sustained over many years, are the only way humanity has ever 'made poverty history'.

You might expect that ending SA's economic stagnation would be a top priority for the government, but if you read the annual reports of various public sector agencies there is always a caveat that policymakers only want 'inclusive' growth. Why is growth, any growth, not good enough? The Development Bank of Southern Africa's website says 'inclusive economic growth requires a shift in trajectory to ensure that it benefits every citizen in all communities equally'.

The Treasury's 2019 manifesto on 'economic strategy' insists that 'economic growth must be accompanied by a reduction in inequality'. You can find the phrase littered across the executive summaries of many government reports or in the mission statements of, for example, the Department of Trade, Industry and Competition or the Competition Commission.

It is certainly true that growth does sometimes come with increases in inequality, as in the US throughout the 1980s and 1990s. But not always. Income inequality fell in much of continental Europe during the long post-war expansion, and, more recently, Chile has had strong growth and falling inequality. In any case, so what? If poverty is falling quickly, I cannot bring myself to care whether Christo Wiese buys an extra yacht. Let's ask whether growth is pro-poor, rather than whether it is 'inclusive'. And the historical record shows that, indeed, growth does reduce poverty.

Besides, we already have ways to ensure that the benefits of growth are shared more broadly: progressive taxation, social grants, and, at least in principle, public sector services (though in many cases the main beneficiaries of taxpayers’ money seem to be the Range Rover dealerships of Sandton).

However, generous transfers and high-quality public services are only possible when the economy is productive enough to pay for them. South Korea and Japan did not go from poor countries to rich ones by redistributing more aggressively in the 1960s.

Growth is the only way out of poverty that actually works. Of course, the political obstacles to pro-growth policies are bigger and more serious than mere confusion about terminology. But by sneaking a lot of tangentially related goals into the discussion, the terminology of ‘inclusive growth’ muddies the waters and helps preserve the status quo (If everything is a priority, then nothing is).

Even a cursory look at the facts shows that rapid growth, and the reduction in poverty it brings, is possible, even in SA. We shouldn’t lose sight of that.

Dr Jesse Naidoo is a senior lecturer in the Department of Economics at the University of Pretoria.

This article first appeared in Business Day on 10 January 2022. 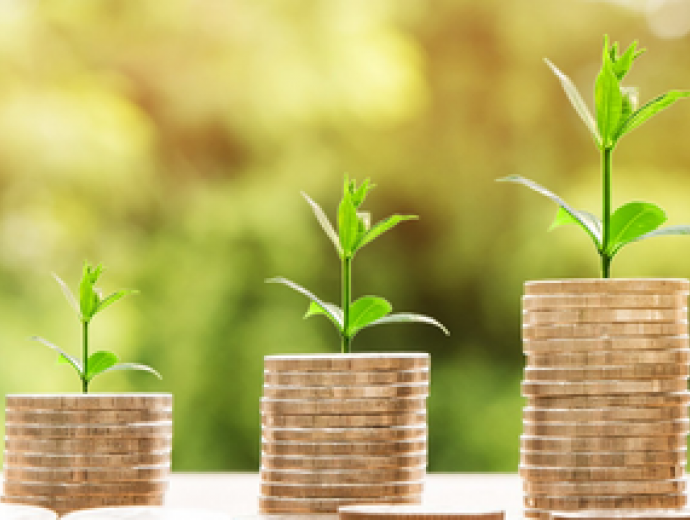