Injury-prone Othaniel Phahlane proved on Saturday with his victory in the Bestmed TuksRace 42.2km that good things happen to those who persevere.

The Bestmed TuksRace celebrated its 10th year on Saturday, 15 February, at the University of Pretoria’s Bestmed TuksSport Athletic Stadium in Pretoria. Since 2014 Phahlane has suffered injury after injury. The worst was an Achilles tendon injury that forced him to stop running completely for the last four years. It was only towards the end of 2019 that he started to race competitively again.

According to Phahlane, it was his enduring love for running that kept him from quitting on his dreams. As far as he was concerned, he had unfinished business on the road.

The win was the confidence booster Phahlane needed before next month's Two Oceans 56km race. He is confident he will be a top-three finisher. Vice-Chancellor Professor Tawana Kupe (with a lanyard around his neck) was also part of the race.

Among those who joined Phahlane on the road were University of Pretoria Vice-Chancellor Professor Tawana Kupe and Bestmed’s CEO Leo Dlamini and Executive Manager: Sales and Marketing Madelein Barkhuizen (Bestmed) who helped set the celebratory tone of the day with the release of 100 balloons. The race also offered 21,1km and 10km run/walk options as well. There was also a 5km and a 1km fun-run/walk.

Winer of the 2018 42.2km race Stephen Mokoka also graced the event – a qualifier for the Two Oceans and Comrades marathons.

The women's marathon was won by Patience Khumalo; the women's half-marathon by Rosaline Isaiah and the 10km by Catherine Skosana. 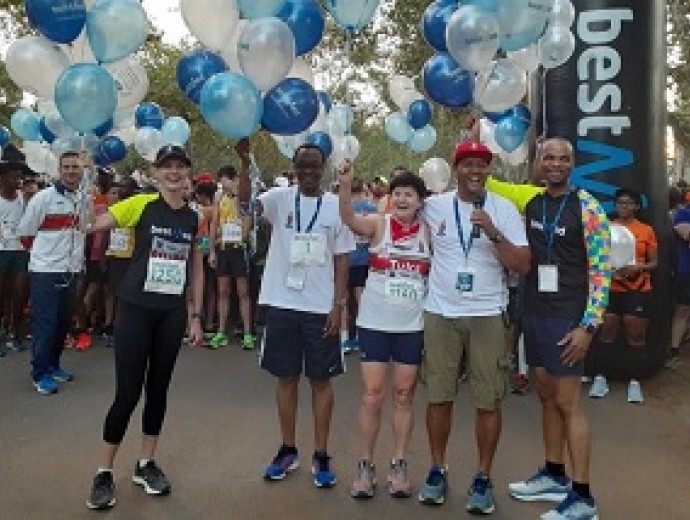