The University of Pretoria’s (UP) Centre for Human Rights (CHR) recently launched the 20-year edition of its Alumni Diaries following an Alumni Symposium held at the University's Future Africa Campus. Justice Albie Sachs, retired Justice of the Constitutional Court of South Africa, unveiled the gold edition of the Alumni Diaries 2000-2019 at a dinner held at Freedom Park on 8 December 2019 to celebrate 20 years of the Master's programme in Human Rights and Democratisation in Africa (HRDA).

The Alumni Diaries commemorates 20 years of the HRDA and gives a snapshot of the programme, its alumni achievements and the partner universities in collaboration with which it is presented. Justice Albie Sachs, Retired Judge of the Constitutional Court of South Africa, unveiled the 20-year edition of the Alumni Diaries.

“The Alumni Diaries speaks to the influence and impact of the 563 graduates of the HRDA programme and provides some concrete examples where alumni have impacted on the people around them,” said Professor Frans Viljoen, Director of the CHR.

Nana-Oye Lithur, Ghana's Former Minister for Gender, Children and Social Protection, also spoke at the launch. Lithur is an alumna of the programme from Ghana and graduated in 2001. She is the first recipient of the Vera Chirwa Prize, an award which recognises the outstanding professional achievements of HRDA graduates who have contributed through noteworthy initiatives to the promotion of human rights, and or the strengthening of democracy in Africa or in the diaspora.

The HRDA, an academic and practical programme on human rights hosted by the Centre, was established in 2000 and focuses on human rights in Africa, but with a global footprint. Taught by eminent scholars and practitioners in the field of human rights and international development around the world, the programme is the first of its kind designed to address the gap in human rights scholarship and advocacy in Africa. Now, with an alumni strength of 537 and counting, HRDA has become a beacon of hope for human rights development in Africa and in the world. The original mandate of HRDA to strengthen human rights debate on the continent has been largely achieved in the last twenty years with its alumni spread in almost all sectors including legal practice, inter-governmental organisations, national judiciaries, academic institutions, governments, philanthropy and many more in and out of Africa. The Alumni Diaries gives the reader comprehensive information on the donors, to whom the HRDA owes its very existence, and the administrative and academic staff whose competence and expertise have set high standards and given it worldwide recognition.

Above all, this publication recognises 20 years of the work of the alumni whose achievements in the field are contributing to advancing human rights and democracy, primarily in Africa, but also in other parts of the world. They are the manifestation of a momentum to move Africa forward; the vindication of the idea that expertise and a common understanding are important tools in addressing today’s development challenges.

“While it is important to take stock of the most visible achievements by graduates, there are many untold stories that receive less prominence. It is important to also acknowledge these contributions," said Prof Viljoen. 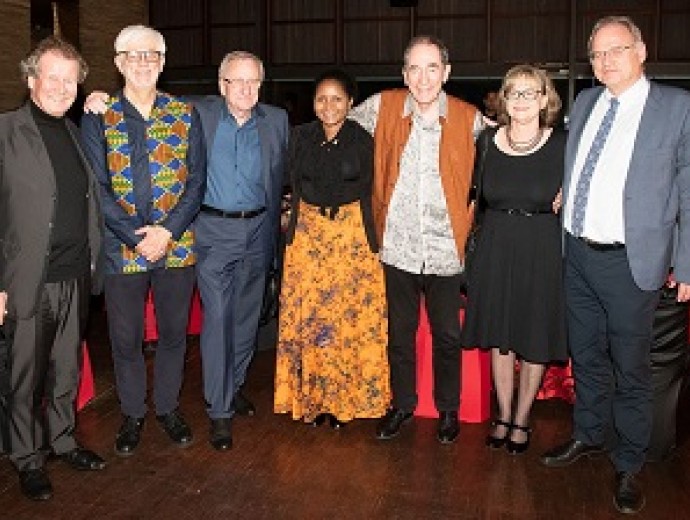