University Pretoria (UP) Student Representative Council President David Kabwa recently became the first African to be elected Prime Minister of the Commonwealth Youth Parliament, which met in Delhi, India from 24 to 29 November.

Hosted by the Commonwealth Parliamentary Association and the Delhi Legislative Assembly, the event was attended by 40 Commonwealth youth aged 18 to 29. The Youth Parliament provides an opportunity for young people from Commonwealth countries to learn how politics and parliamentary processes work. Participants get exposure to key institutions that underpin freedom, democracy and good governance. This initiative introduces youth to a sector they could branch off into in the future.

“I am excited to have been elected the first African Prime Minister, as it demonstrates the quality of leaders that are being prepared in Africa,” Kabwa said. “There were over 14 countries represented, ranging from Wales to the Bahamas and the UK. The overall experience has been culturally enriching and eye-opening. My future plans are to empower other young people to begin to enter the parliamentary space.”

The programme entails participants having the opportunity to practise caucusing, meeting members of parliament from the state that they are visiting, having mock press conferences, and networking with like-minded people.

Kabwa, a final-year Political Sciences student, also introduced an urgent resolution to the Commonwealth Parliamentary Association, urging them to continue organising the Parliament in its current form, after it emerged that it could be dissolved or significantly altered.

Kabwa was elected for the second time as UP SRC President in August 2019, and he intends pursuing an honours in Political Sciences next year.

To be eligible for the Commonwealth Youth Parliament one must either be a youth leader with the Youth Parliament or a leader within the Legislature that falls within the age group of what the Commonwealth Parliamentary Association considers as “youth”. Eligible applicants are required to write a motivation and submit their CVs to a selection panel at the Legislature. The motivation, CVs and level of involvement with the legislature determines who would be selected to represent the country. 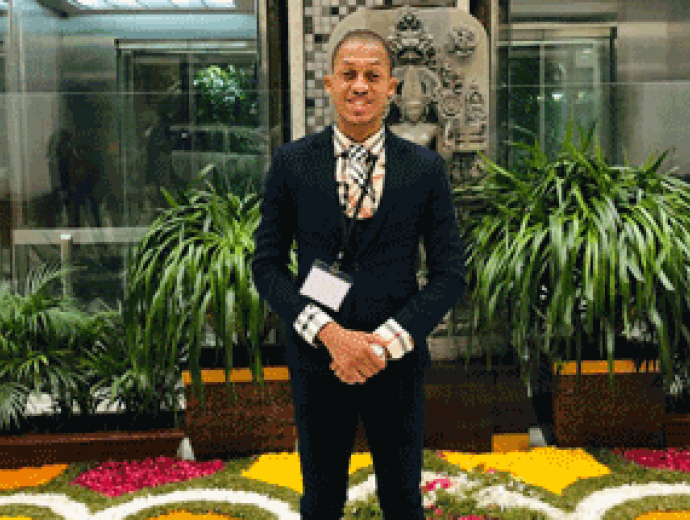