Agricultural sectors across Africa need their own green revolution building on local knowledge and culture, as well as a green disruption building on new digital and other technology.

This was the call made by Professor Louise Fresco, President of the Netherlands’ Wageningen University and Research, during a special lecture at the University of Pretoria titled “Does Africa need a Green Revolution?”

“There is a lack of affordable, nutritious, high-quality and diverse foods in South Africa and Africa as a whole,” Prof. Fresco said. “The most important aspect that should be concentrated on is optimising the whole food chain – not just concentrating on crops or animals, but ensuring that the best knowledge and technology is involved in optimising and getting the best possible production across all food chains. There is also a need to educate and make agriculture attractive for young people, to encourage them to remain on farms, become agricultural entrepreneurs, and invest in food production systems, because agriculture is the biggest issue for the future.”

Speaking at the same lecture, Dr Thulasizwe Mkhabela, Group Executive: Impacts & Partnerships at the Agricultural Research Council, warned that South Africa’s agricultural production will likely be negatively affected in the short run while issues around land expropriation without compensation are decided. But he also said that if the process is handled properly and with enough support, it could turn out to be a net positive for the agricultural sector.

South Africa and Ghana are leaders on the continent in terms of food security, though. The two countries were singled out in a report released in May 2014 by the Food and Agriculture Organisation (FAO). The report indicated that over 95% of South Africa’s population is properly nourished, setting a good example for Africa, and demonstrating that major successes in fighting hunger can be achieved by African governments given strong political commitment. According to the report, since 1990, South Africa has maintained the percentage of its population experiencing under-nourishment at less than 5%, and has continued to bring down the absolute numbers of hunger over the past 20 years.

While Prof. Fresco was in Pretoria, she also signed a Memorandum of Understanding with UP on behalf of Wageningen University and Research. The MoU commits the two institutions to ongoing collaborations in a number of areas over the next five years. 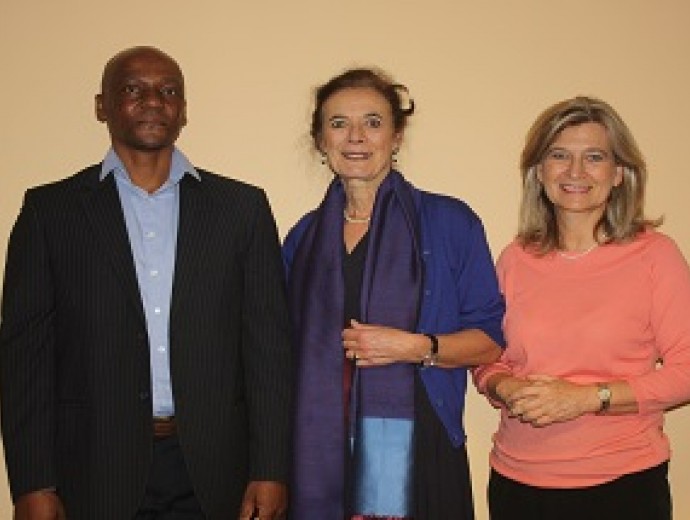