UP professor elected to Italian Parliament

Prof Lorenzo Fioramonti, Director of the Centre for the Study of Governance Innovation (GovInn) and professor in the Department of Political Sciences at the University of Pretoria (UP), was elected to the Italian Parliament under the banner of the Five Star Movement party in the country’s recent elections.

His name has also been put forward for the post of Minister of Economic Development in a future government.

Prof Fioramonti, who is a well-known academic in South Africa and globally, has long advised many political parties on sustainable development policies and on innovative concepts such as the ‘wellbeing economy’, which is also the title of his most recent book, published in South Africa. Over the past year, he has spearheaded an international initiative aimed at creating an alliance of governments and political parties committed to promoting a new approach to economic governance, which moves away from focusing solely on GDP growth and embraces broader human and ecological wellbeing.

He has run workshops and presented to the ANC, the DA, the City of Durban, as well as the governments of Namibia, Scotland, Finland, Sweden, Slovenia, Costa Rica, Bhutan and New Zealand.

Prof Fioramonti will be on unpaid leave for two years and will remain affiliated to GovInn and the Department of Political Sciences. He noted that UP gave him a great opportunity to thrive as a young scholar.

Commenting on his election, he said: ‘I'm honoured that my research is now given a chance to become policy in one of the world’s leading economies. I'm fully aware of the need to change the world’s development strategy to achieve sustainability and shared wellbeing. I hope that my experience may become an example to students in South Africa and globally, that bold ideas can have a profound impact on policy-making.’ 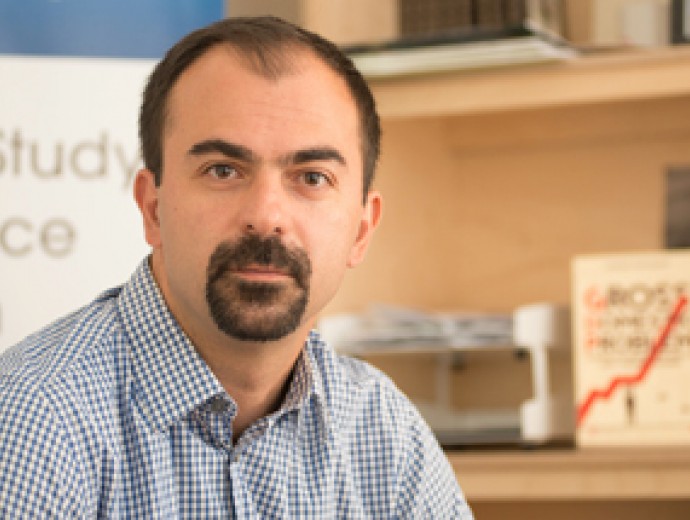