The uncertainty of any sudden shock, such as the current COVID-19 pandemic, has proven that anyone can be vulnerable at some point in their lifetime. What is, however, indefinite is where the vulnerability lies.

We have entered Mental Health Awareness Month, which aims to educate the public about mental health and reduce the stigma that surrounds mental health issues. Under the shadow of COVID-19, households and individuals have faced multiple severe economic disruptions. Between job losses, extreme vulnerability to ill-health, and increased possibility of food insecurity, it is no shock to see poor mental health statistics spike. These uncertain times affect our emotional, psychological, and social well-being status as we experience loss in different ways. As a result, when people don’t know what the future looks like, it begins to manifest in our actions. Poor mental health can demonstrate itself in many avenues, one of them being increased food insecurity and poor nutritional status.

When everything around us starts to change and continues to do so for a while, eating becomes a symptom of our thoughts, surroundings, and even experiences. Typically, mental health is associated with the psychological and emotional elements that can arise from experiences and traumas, however social well-being is equally important. Food is a key contributor to our social well-being and when that it is threatened, it leaves many feeling powerless, alienated, and even depressed.

The FAO defined food security as when “all people, at all times, have physical, social and economic access to sufficient, safe and nutritious food to meet their dietary needs and food preferences for an active healthy life”. This definition implies that households and individuals do not need to worry about where their food will come from in the future. However, during sudden shocks such as the ongoing pandemic, uncertainty already begins to develop in the form of worry about food supply. In the food security continuum developed by Hendriks (2015), this stage of food uncertainty and vulnerability is highlighted in the light green column. For many African rural households, when stress about their future food supply is caused by a sudden shock, precautionary strategies are adopted. These coping strategies vary according to the level of food insecurity, however, at the surface level, households make adjustments to their diets. Diet adjustments made out of fear can likely increase the prevalence of micronutrient deficiencies. Individuals slip into hidden hunger and further down the food security continuum. Food insecurity can be recognised through physical changes (i.e. stunting and wasting), however, poor mental health is not as easily recognised despite having a linear relationship. Therefore, these coping mechanisms only deepen poor mental health as the situation becomes more severe.

When adopting coping strategies aftershocks, African rural households abandon essential food security and nutrition-relevant strategies that they are familiar with. Many African institutions fail to inform their rural communities and populations how beneficial their traditional ways of producing, preserving, and consuming foods are.

African rural farmers began mainly producing food that needed less or easier methods of processing as they also farmed to predominantly feed their families. As a result, their foods contained significant micronutrients (vitamins and minerals) and macronutrients (carbohydrates, fat and protein) that are essential to lead a healthy and active life. Some of the indigenous foods farmed by rural farmers include cassava, maize, sweet potato, soybean, sorghum, pearl millet, wheat and a variety of fruits and vegetables. These products are staple foods in African households as they often require fewer inputs to produce and preserve them while they are also able to withstand the harsh climatic changes.

In addition, the traditional ways to store these foods often manage to preserve essential nutrients and allow for their usage even after their harvest season. These methods are of minimal cost while they also improve short- and long-term food security and nutrition. For instance, in the Sepedi culture, they preserve their staple food “morogo” (a type of spinach) by parboiling it before leaving it to dry. Once parboiled, it is then divided into small portions and placed on a steel surface to sundry for 3-4 days. When dried thoroughly, the small portions of spinach can be stored in a safe and room temperature space. If stored properly, the spinach can last for up to a year before it is cooked again and consumed.

The correlated relationship between food insecurity and poor mental health requires innovative and authentic institutionally supported interventions. Times are changing more and more, and we have seen a loss of traditions in food production as agriculture becomes greatly industrialised to meet its rapid decline in economic contribution (i.e. GDP). This further discourages investment in agriculture even though its value remains significant in livelihoods.  Agriculture not only feeds a nation, it also has great potential to heal a nation, both physically and mentally.

Mahlatse Makola is an EcoHealth Alliance Fellow and master’s student in the Department of Agricultural Economics, Extension and Rural Development at the University of Pretoria. 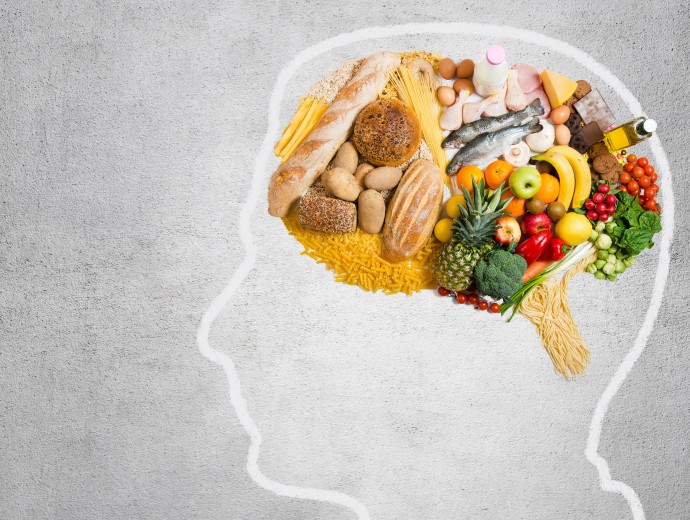