Dr Lieza Odendaal, a lecturer in Veterinary Public Health at the University of Pretoria’s Faculty of Veterinary Science, has been studying the complex Rift Valley Fever Virus (RVFV) for years – and her findings have offered the international community of veterinary pathologists invaluable insight into the disease by providing information that was previously unknown.

RVFV is a complex zoonotic disease that affects livestock (primarily sheep) and humans, and epidemics are becoming more frequent in areas where the virus is typically found. Many fear it will spread into areas where it has never occurred before as a consequence of climate change. “Unless you are specifically thinking Rift, which is usually only thought of in an outbreak situation, a diagnosis is often missed,” says Dr Odendaal, an expert in veterinary pathology. Much of her findings have now made for easier diagnosis, such as validating the testing technique of immunohistochemistry, which is considered the gold standard for RVFV testing.

The disease is transmitted by multiple mosquito species and, due to rising temperatures, these vectors are moving into polar regions that are becoming warmer, such as North America and Europe. RVFV can spread to humans through contact with the blood or tissues of infected animals, causing a mild flu-like disease in most cases. Some, however, develop life-threatening liver disease with haemorrhages, kidney disease or inflammation of the brain or eyes. Outbreaks across Africa account for the loss of many lives as well as economic hardship for livestock farmers.

Dr Odendaal’s expertise can largely be attributed to her ground-breaking research during the 2010 RVFV outbreak in South Africa, when she had access to tissue samples of more than 1000 ruminants that had died from the disease. During this time, she gained insight into unknown facets of the virus, particularly its morphology, making her a leader in the field internationally.

Professor Rainer Ulrich of the Friedrich Loeffler Institute in Germany wrote a recently published editorial about this research for international journal Veterinary Pathology in which he highlighted Dr Odendaal’s findings. “From his comments we were surprised to learn that our paper was the first in the world to show abundant Councilman corpuscles, which indicate dying cells in the liver,” explains Dr Odendaal.

Having had access to such a large number of infected sheep during her 2010 research meant Dr Odendaal was able to compare healthy cells to infected cells, and provide the first accurate photographic evidence of Councilman corpuscles in cells infected with RVFV. This indication of dying cells in the liver is a good indication that RVFV might be present; this has made the diagnosis of RVFV much easier for vets around the world. Also, Dr Odendaal’s collection of high-quality images of infected cell samples enables researchers and diagnostic pathologists to differentiate RVFV from other diseases that target cells in a similar way.

She also discovered evidence that the virus occurs in the tissue of the testis of rams, finding lesions in the testis as well. “This is worrying as it might mean that the fertility of rams is negatively affected by the disease, and that rams might transfer the disease to ewes via semen,” she explains.

Previously it was thought that sheep infected with RVFV die as a result of liver disease and that other forms of the disease do not occur in ruminants the way in which they do in humans. However, Dr Odendaal’s findings show that some sheep, like humans, develop lesions only in the kidneys. In the previous outbreak in South Africa, most vets sent only liver samples to laboratories. “Now we know that they need to send a kidney specimen as well a specimen from the spleen and lung for good measure,” she says. In cases of RVFV, the spleen and the lungs have distinctive lesions, and if all the lesions are seen together, the diagnosis can be made with a great deal of certainty using only a simple microscopic exam.

Her first-hand insight has also confirmed that brain lesions do not occur in ruminants infected with RVFV, as with humans, which makes encephalitis one of the most feared consequences of the virus in humans.

Thanks to Dr Odendaal’s work, South Africa is leading the way in diagnosing and understanding this complex virus. She credits the veterinary curriculum of the Faculty of Veterinary Science, which introduces students to pathology at an early stage in their studies. “This level of knowledge helps us to make the diagnosis before it reaches the human case,” she says. This is often not the case in other African countries, where human cases are diagnosed before animal cases. 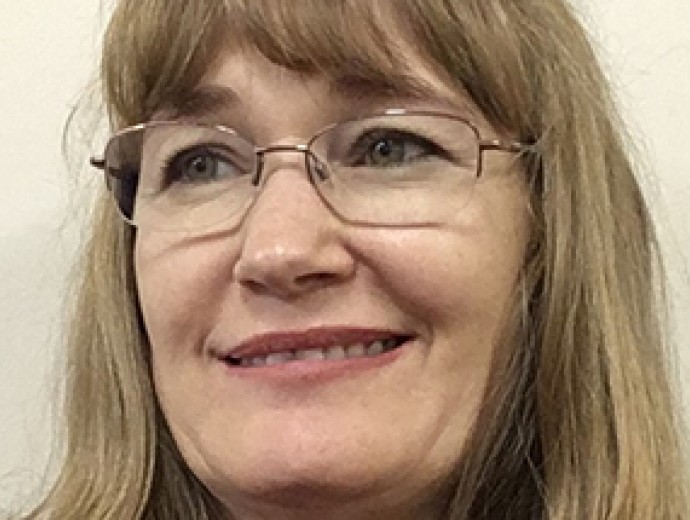