Do cats and dogs understand us? UP Vet Science lecturer responds to children’s query

Curious Kids is a series run by The Conversation for children, in which experts answer questions from children.

Do cats and dogs understand humans when they make miaowing or barking noises? (Mila, 11, and Alex, 8)

There’s been a lot of research about communication between people and domestic animals like dogs and cats. But we don’t yet have the answer to your very interesting question. We don’t know what cats and dogs think, or if they understand us when we use their noises.

As a veterinarian and animal behaviourist who studies different kinds of animals, my view is that we’d have to be very good at mimicking miaows and barks if we would really like to be understood by our pets. Our vocal chords are different to theirs, and they can hear that we make different sounds to what they do.

But we do know that dogs can definitely distinguish between different people’s voices. They’ll know when it’s Mila who’s talking, and when it’s Alex. They’re also sensitive to your tone of voice. They like high-pitched, friendly tones. And did you know that dogs can learn words?

Rico, a border collie, successfully learned more than 200 words representing different items. He could pick the correct item from all the items if asked to “fetch” whichever item. We do not think that he actually learnt the meaning of the words, but he was very good at associating different sounds with different objects.

When it comes to their own “voices”, studies have shown that dogs and cats use different vocal signals to communicate different messages. A high-pitched, repetitive bark, for example, may mean your dog is anxious. A low-pitched bark may mean she’s feeling aggressive. Cats also use certain sounds while hunting and others when relaxing.

But their “voices” are just one way in which dogs and cats communicate. They also use body language and tactile gestures –like coming to you for a pat, or nudging your hand with their nose when they want attention.

If you have dogs, you will have noticed that they’re very sensitive to people’s feelings and our ways of communicating. That’s because they’ve evolved to live in close proximity with people.

Cats are not naturally social animals, but they also communicate with us and can be highly perceptive about what mood you’re in and how you’re feeling.

All of this is important when you think about the best ways to communicate with your dogs and cats. Since visual signals are really important to them, it’s likely that they consider our body language before listening to our sounds, so they can decide what it is that we’re communicating.

Humans use language as our main means of communication. That’s why we tend to want our pets to respond to our words. They certainly can learn to do this, as we have seen with Rico and thousands of other examples.

However, in many instances, they are actually responding to our body language cues and not the verbal cues we are using.

Take for example telling your dog to sit: most people say the word “sit”, and at the same time point their finger at the dog. They think the dog sits because they are saying “sit” – but it’s actually responding to the finger pointing. If you say the word “sit” without the hand gesture your dog will, in many cases, not sit. This proves how important body language is to dogs.

I would encourage everyone who owns pets, especially dogs, to learn more about their body language so that we can better interpret what they are trying to say to us. A common perception, for example, is that when a dog’s tail is wagging it is always friendly. This is only true when the wag of the tail is wide and accompanied by a relaxed body. A dog whose tail is up in the air, with only the tip wagging, is actually saying “go away” and not “let’s play”.

The more time you spend learning your pets’ body language and getting to know what different gestures mean, the more easily you’ll be able to communicate with them – and you won’t have to “miaow” or bark to do that.

This article was first published in TheConversation on 10 January 2019. 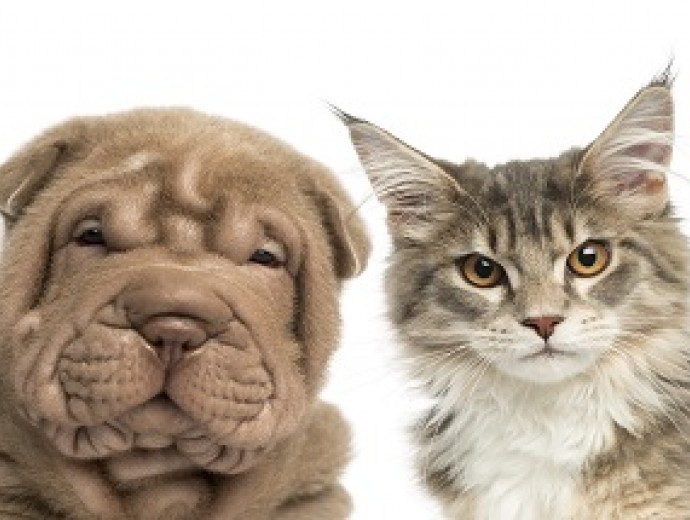