Bluetongue, epizootic haemorrhagic disease, and Rift Valley fever lead to sickness and death in our cattle, sheep and goats, and are all spread by insects called blood-feeding midges. These tiny insects, a little bigger than a grain of sugar, are extremely abundant in rural areas and can carry and transmit the viruses causing livestock diseases when they feed on animal blood.

A team comprising Dr Heike Lutermann, Prof Kerstin Krüger and Prof Chris Weldon from the Department of Zoology and Entomology and their colleagues at the Agricultural Research Council are working to find better ways to predict the transmission of disease by blood-feeding midges. “The results to date suggest the value of using an existing surveillance network for other small insect pests and weather records to warn farmers when to protect their livestock,” explained Dr Lutermann.

The researchers sorted through the catch of insects by traps in an existing nationwide network of Rothamsted-type suction traps for blood-feeding midges in the genus Culicoides. “These blood-feeding midges, particularly C. leucostictus and C. pycnostictus, are associated with the transmission of viruses to cattle and sheep. The suction traps are generally used for early detection of aphids that transmit plant viruses to wheat and potatoes but also catch a wide range of other small flying insects within a diameter of 100 m. The suction trap catch was compared with captures of light traps usually used to monitor Culicoides but are difficult to service, have a limited attractive radius and are biased towards species that respond to light. The suction traps caught fewer Culicoides species and individuals but provided an unbiased representation of the dominant species, including C. leucostictus and C. pycnostictus.”

The team explored how the suction trap captures Culicoides changes in response to earlier weather conditions. They found that Culicoides abundance increased if weekly minimum and maximum temperatures, and rainfall, were higher than average 3-4 weeks before the midges were trapped. “This is likely due to the stimulation of reproduction by warm temperatures coupled with an abundance of moist breeding sites. If relative humidity was high or wind speed was low just before the trapping, there was also an increase in the number of Culicoides caught by the suction traps.”

According to Dr Lutermann, this study highlights the currently underutilised potential of an existing network of Rothamsted-type suction traps to assist red meat farmers in protecting their animals’ health and productivity. In addition, the predictive potential of weather variables for Culicoides abundance could also help define time windows for farmers to prevent their cattle from falling victim to these bloodsuckers. 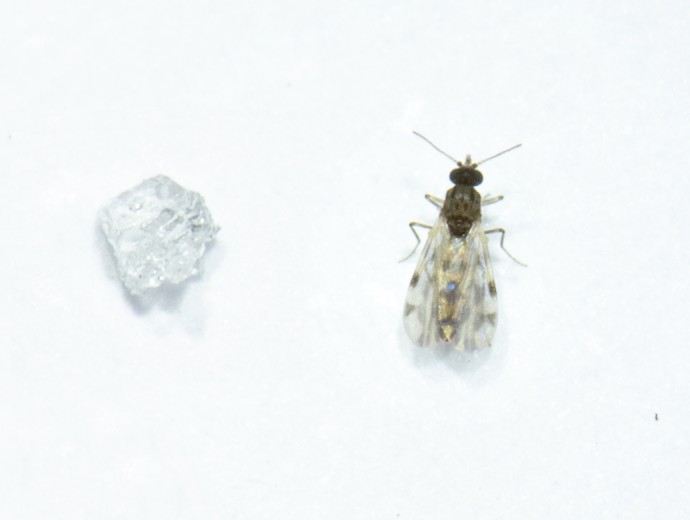