Four University of Pretoria scientists conducting research in sub-Saharan Africa are among a group of 14 women who were recently awarded fellowships by the L'Oréal-UNESCO For Women in Science Regional Programme. Each of the fellows received a research grant at a recent ceremony attended by representatives of public authorities and UNESCO, scientists, academics, intellectuals, thought leaders and organisations promoting gender equality.

The group of fellows consists of 12 doctoral and two post-doctoral  students who were drawn from five countries (Ghana, Mauritius, Kenya, South Africa and Nigeria). They were selected by a jury of independent experts for the scientific excellence of their work from more than 480 applicants. The UP fellows are:

The group gathered in Nairobi last week to benefit from a training programme that will help strengthen their careers. This three-day training course provided by international experts selected by the L'Oréal Foundation addressed the topics of leadership development, management, negotiation, communication and public speaking, as well as modules such as media training and personal digital branding.

The fellows will benefit from a major communications campaign on the African continent, designed to promote and publicise their brilliance. This initiative serves one goal: to highlight scientific excellence of female researchers in sub-Saharan Africa, in order to create role models, encourage other young women to become scientists, and empower women to shape the future of the continent.

According to Alexandra Palt, Executive Vice-President of the L’Oréal Foundation, “The world needs science, and science needs women: nowhere is this more clearly illustrated than in African countries, which face significant challenges including climate change, access to energy or food security. Science and technology are key to addressing these challenges, and this will not be possible without women. Their talents and perspectives enrich relevant research.”

The L’Oreal-UNESCO For Women in Science Sub-Saharan Africa regional programme has grown significantly since its inception. “After eight editions in South Africa, we decided to host our ceremony in Nairobi to reinforce our commitment to giving all sb-Saharan African women scientists an opportunity,” Palt said. 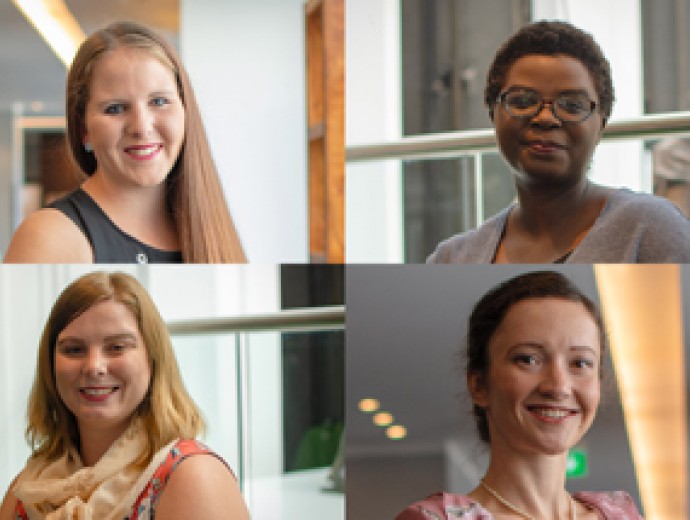 Four University of Pretoria scientists awarded fellowships by the L'Oréal-UNESCO For Women in Science Regional Programme.