Marketing honours student among 100 Young Mandelas of the Future

Arend Kahlau, a Marketing Management honours student at the University of Pretoria, has been selected as part of an inspiring group of 100 young South Africans who are making a difference in the country.
This comes after the 2nd edition of the News24 100 Young Mandela’s of the Future Award were announced. News24 veteran journalist Adriaan Basson wrote: “These 100 young people, chosen from hundreds more nominations, remind us that the characteristics Mandela embodied – compassion, creativity, leadership, vision and resilience – are still thriving today.”
Arend’s efforts to unite all South Africans with his “Unite Mzansi” social media campaign contributed toward his inclusion on the list. The purpose of the Unite Mzansi campaign was to make South Africans proud of their country and believe in the positive future that South Africa has. Arend created a video to communicate this message and to date, this video has been viewed more than 6 500 times on Facebook. A large portion of the video consists of various young South African individuals telling the audience what they love about South Africa and encouraging more South Africans to do the same. Arend has also been elected to various leadership positions, such as President of his high school and Chairperson of Dregeana Day House.
When asked how he felt about this achievement, Arend responded: “Being chosen as one of the 100 Young Mandelas of the Future is an incredible honour. It is a title that I will keep on striving towards. I want to inspire people just like Nelson Mandela inspires me.”
- Author Department of Marketing Management
Share this page
Published by Liesl Oosthuizen 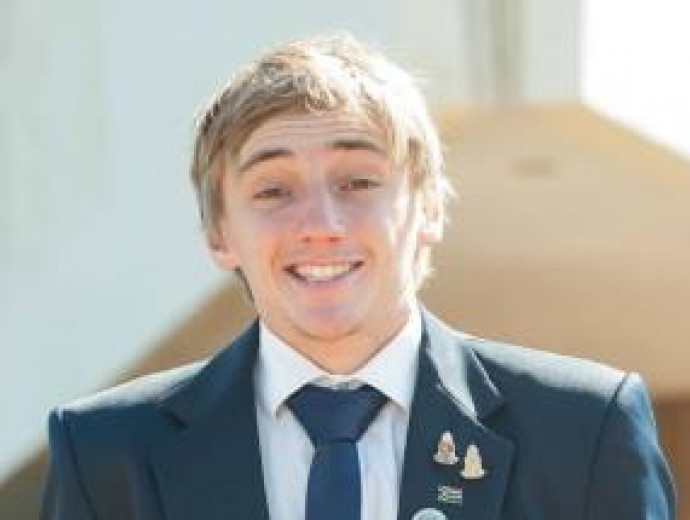