Marketing Management students with Mr Vaughan Croeser, Brand Director of Castle Lager Africa and Anheuser-Busch InBev (centre), and lecturers Mrs Frost and Dr Chuchu (far right)
The second-year Marketing Management students recently attended a presentation on the Castle Lager #smashthelabel marketing campaign, which was launched officially in September 2018. The students were exposed to visuals that exhibit the tools of the marketing communication mix that can be used in developing a real-life campaign.
The guest speaker, Mr Vaughan Croeser, Brand Director of Castle Lager Africa and its holding company Anheuser-Busch InBev, explained to the students how the campaign tackled issues such as differences in consumer cultures and backgrounds by utilising a unifying message to bring consumers together.
Students were also able to engage with the speaker, asking questions. One student asked how the campaign could break stereotypes embedded in the human mind, to which Mr Croeser responded that the brand, through its campaign, believed that if consumers learn about other consumers’ culture, they are more likely to connect better.
The #smashthelabel campaign highlighted the brand’s values, such as acceptance and friendship among different consumers. Furthermore, marketing communication tools such as social media were used to great effect, as demonstrated by statistics and figures presented to the students. This component of the lecture was greatly appreciated, as it was something the students resonated with.
In the end, the students appreciated being shown all the details that go into the conceptualisation and execution of a marketing campaign. The guest lecture helped to reinforce the process of media planning taught to the students in prior lecture 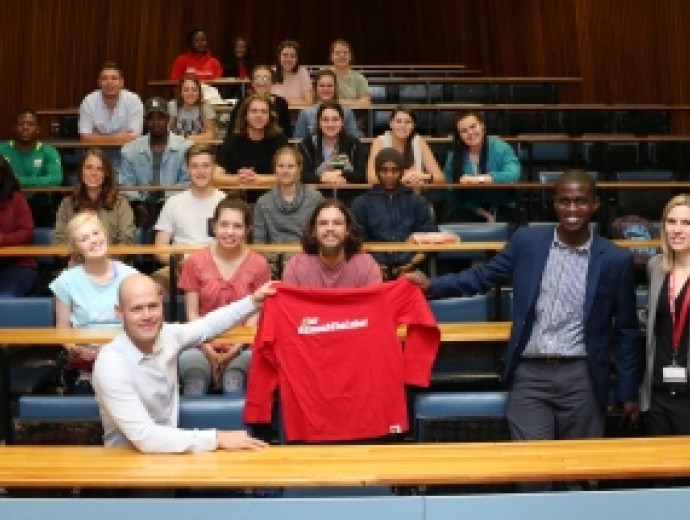