‘The future is digital’ was the theme of a recent lecture attended by third-year Marketing Management students. Mr Verushen Reddy, Director of Strategy and Digital Marketing at Promise Group, introduced the topic of digital marketing through a video displaying futuristic technology in use. Technology is developing at a fast pace and these futuristic technologies will be available sooner than one would think.
Mr Reddy reminded the students that in the past, a one-to-many marketing strategy was used to communicate with potential customers. However, later one-to-one marketing became more popular – leading to more specific and direct marketing options. He introduced the concept of a tri-alogue: people will converse with one another about one’s brand whether, it is solicited or not. Mr Reddy asserted that once a brand provides utility and purpose, communication about this brand would happen organically.
Digital marketing in Africa is expanding as a topic of interest, especially as the availability of technology is increasing exponentially. Half of the internet connections in Africa is via mobiles. Africa has a young population, which is therefore also the mobile generation. The students are required to include a digital marketing communication element in their brand communications plans that they are working on for the Bridgestone/Supa Quick practical project this year.
According to Mr Reddy, there is great excitement about the use of digital communications as a story-telling mechanism. He shared with the third years the example of the strategy used by Bing!, the search engine, to promote Jay-Z’s autobiography Decoded. Pages from Decoded was strategically placed using various mediums, including outdoor media. These pages were found and read through apps and Bing!. This was a successful through-the-line campaign with roots in digital marketing.
Mr Reddy showed the students several examples of digital developments that are at work in the world of marketing. The use of deep learning has become prevalent, as seen in The Next Rembrandt project, where Rembrandt’s works were scanned and analysed to create a new painting greatly resembling his style. Another prominent digital development that will influence how marketing is applied, is the use of machine learning – such as Google’s development of Alpha Go, which uses key words for targeted advertising. Algorithms can also be used in the detection of fake news or, as in the case of Cambridge Analytica, it can be used to establish a channel of fake news to drive a political agenda. According to Mr Reddy, it is beneficial to obtain data on consumer behaviour using technology, since consumers are not always upfront when directly questioned. Social media provide a means of interacting with consumers, but there is no certainty in the future of social media like there is with digital marketing. Whichever means are used, the key is to engage customers and not just tell them to buy a product.
- Author Marketing Management
Share this page
Published by Gontse Mosese 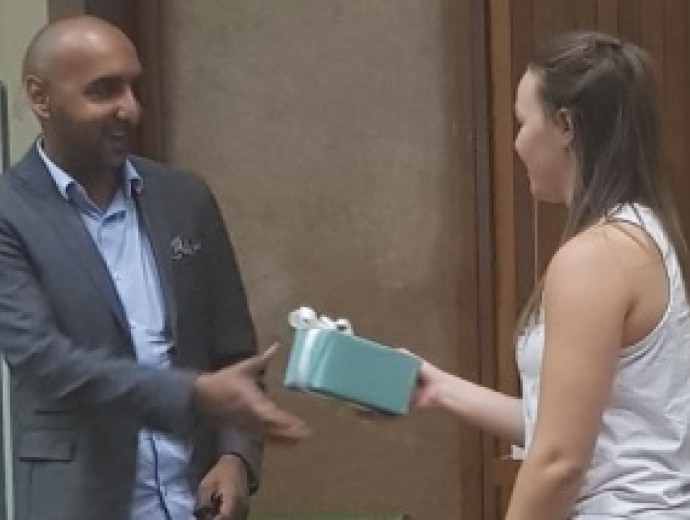