EXPERT OPINION: Veterinary ivermectin: Should I use it to protect me from COVID-19?

EXPERT OPINION: Veterinary ivermectin: Should I use it to protect me from COVID-19?

Since the release of the first articles on the potential effectiveness of ivermectin, there have been several questions on the use of the cattle drug in people, since it is available over the counter as a veterinary drug. Prof Vinny Naidoo, Dean of the University of Pretoria’s Faculty of Veterinary Science and specialist in veterinary pharmacology weighs in on the debate *

The simple answer is no, don’t use it; since it is illegal to use a veterinary drug or stock remedy in people. Notwithstanding this point, many people have still been taking ivermectin orally since they have heard that ivermectin has been tested in clinical studies abroad under the premise that any ivermectin should work. The compassionate use of ivermectin approved by the SA Health Products Regulatory Authority is still limited to only the medical drug, and will need approval by the SAHPRA through its section 21 process (From SAHPRA: “Only quality-assured ivermectin products intended for human use will be made accessible, and these will be controlled as prescription-only Schedule 3 medicines.”)

There is no doubt that ivermectin has been used for a number of years in the veterinary and medical fields for the treatment of parasites. The drug is generally considered safe and effective at the doses of use, however overdose can cause severe side effects such as paralysis in dogs. In animals, various formulations are available for use from oral solutions to long acting injectables. In people, it generally is used orally, for example, in Merck’s Stromectol although intravenous use of specific formulations has been recorded (please note that intravenous formulations are specifically made to go directly into a vein. Oral and other injectable formulations can be extremely dangerous if injected intravenously incorrectly/accidentally). So, does this mean any of these formulations that contain ivermectin will be equally effective? The answer is unfortunately no, as the formulation plays as much of a role in eventual efficacy as the active ingredient, in this case being ivermectin.

LISTEN TO AN INTERVIEW WITH PROF NAIDOO ON THE TOPIC ON SAfm http://bit.ly/3t9RzF3

To understand the impact of the formulation, one needs to first look at the processes involved in drug development. The first step for most drugs is to test the activity of the active ingredient in the laboratory. Let's start with the study that indicated that the drug can be effective in reducing the replication of SARS-CoV-2 in the laboratory. In this laboratory study, cell cultures infected with the coronavirus were treated with ivermectin at roughly 1.7ug/ml for 48 hours. Under these conditions, the drug was effective in reducing the viral loads. This suggested that that the drug would be effective. However, in the pharmaceutical world, there is the saying that in vitro activity does not indicate in vivo efficacy i.e. what works in the lab may not work in the person or animal. This is one of the reasons many chemicals, seemingly effective in the lab never get to be medicines. Reasons include (although not limited to):

Based on this information, it is very unlikely that ivermectin would be effective in a person. When one looks at the medical tablets registered by the US Food and Drug Administration (FDA), the maximum concentration that ivermectin reached in the blood was 46.6 ng/ml at a dose of 12 mg, which is 40 to 70 times lower than what the laboratory test indicated as being effective against the virus. While the tissue concentration reached are somewhat higher, it is predicated to reach only 1/20 of the needed concentration following mathematical modelling viz. the 12mg parasite dose is unlikely to work just from this point. Unfortunately, the ability to reach this concentration is not the only factor to consider. Furthermore, with exposure needed for 48 hours, even at a 10-fold higher dose than the 12mg, given once weekly, the drug will still fail to stay in the lungs long enough to be effective, as the liver is very efficient in removing it.

Another concern is safety: At the recommended parasite dosage of 12mg per person, ivermectin is relatively safe with low incidence of side effects. According to the Stromectol package insert the side effects were reported at the following incidence: asthenia/fatigue (0.9%), abdominal pain (0.9%), anorexia (0.9%), constipation (0.9%), diarrhoea (1.8%), nausea (1.8%), vomiting (0.9%), dizziness (2.8%), somnolence (0.9%), vertigo (0.9%), tremor (0.9%), pruritus (2.8%), rash (0.9%), and urticaria (0.9%). It has been estimated that the single toxic dose in people is around 15mg/kg. What should be clear from this, is that 15mg/kg is a substantially higher dose than 12 mg per person. However, if you consider the high dose needed to match the laboratory effective dose, you suddenly get close to or over the toxic dosage, depending on the size of the person. There have also been some concerns that alcohol may make the drug more toxic, as it works on the same chemical transmitters in the brain, and there is also evidence that some fruit juices may interfere with the absorption of ivermectin.

Another question that gets asked is, why the reluctance to use the drug when numerous clinical studies have been undertaken in people, together with a meta-analysis indicating a positive trend (meta-analysis is a manner in medical science to combine the results from a number of studies to get a better outcome of the effectiveness of a medicine)? While the latter is true, there are questions on the quality of the results from these various studies i.e. making a decision on poor data can give one an answer that may seem correct, which it is actually incorrect.

Some of the concerns have been that (a) some of the studies had a small number of patients, (b) that the doctors were not properly blinded (in research, blinding refers to a practice where study participants as well as the medical staff monitoring are prevented from knowing certain information that may somehow influence them), and (c) they had patients on a number of different drugs. Thus, it may not have been the ivermectin that was effective or perhaps ivermectin will only work when used in combination with all the other drugs used when the patient was under ICU treatment. For this reason, if ivermectin is to be used, its use should be limited to hospitalised environments where the patient can be properly monitored, as opposed to use by persons outside of a hospital (with approval from SAHPRA), until proper clinical studies are completed.

Since medical ivermectin is not available in South Africa, without regulatory approval from the SAHPRA, should I use the veterinary formulation? Many would argue that the benefits surely outweigh the risks i.e. getting COVID-19 versus a few side effects. This is not actually a true reflection of the situation. Based on current information there is very little evidence that taking 12mg of ivermectin will reach nearly sufficient high concentrations to be effective in either preventing infections or decreasing viral replication in the lungs. The veterinary formulation, which is not meant for oral use, has never been tested in people meaning that we don’t even know if it will be absorbed.

At the high dosage and frequency one has to take ivermectin to reach high lung concentrations, you are more likely to develop severe side effects over enjoying any of the benefits. The general public should in no way be misled into thinking that drinking the veterinary ivermectin formulation will be a panacea in this current epidemic.

LISTEN TO A PODCAST ON THE CONVERSATION AFRICA http://bit.ly/39SsN4K

* Prof Naidoo was also on the Medicines Control Council (MCC) of South Africa, now known as SAHPRA as an expert in veterinary medicines. 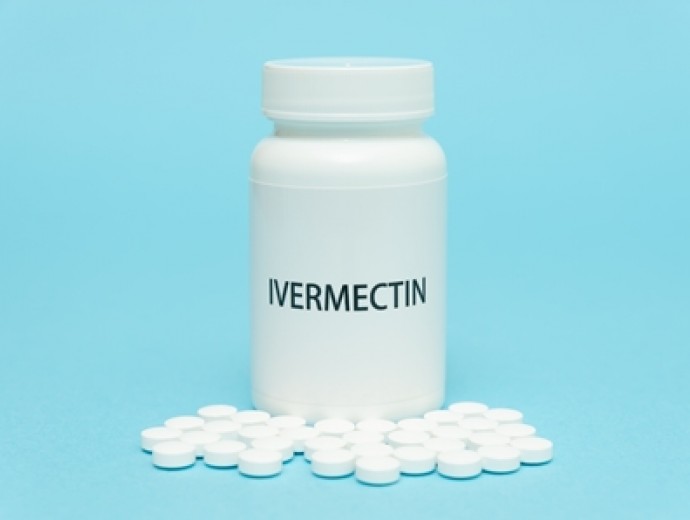