Haemophilia Care – Get involved; we are in this together.

At some point in our lives we will require health care, usually for infective disorders like COVID-19 or non-communicable diseases that are frequently related to sedentary lifestyles. The type of care we would choose for ourselves would be patient-centred, characterised by access to coordinated and integrated service when needed, treatment with dignity and respect, sharing of high quality, palatable information, physical comfort and emotional support, and shared decision-making. Patients with haemophilia (PWH) deserve no less, especially since this is a lifelong heritable disorder that involves children from a young age. April 17, 2020 is World Hemophilia Day and it is important that the community at large understands what haemophilia is.

Haemophilia is a rare congenital bleeding disorder caused by the deficiency of coagulation factor VIII (Haemophilia A) or factor IX (haemophilia B). Because both conditions have the same clinical features, the specific diagnosis should be established by factor assay to determine if factor VIII or Factor IX is deficient. Haemophilia A is more common than haemophilia B and represents 80-85% of all haemophilia cases.

How frequently is haemophilia diagnosed?

The estimated frequency of haemophilia is 1 in 10 000 births (1 in 5 000 live male births). Haemophilia A and B affect all races and ethnic groups equally! Approximately 400 000 people worldwide are expected to have haemophilia of which 5 800 could be South African. However, less than half of the latter has been identified, highlighting the need to create awareness amongst both health care providers and the general population.

How do patients with haemophilia present?

Haemophilia is characterised by prolonged spontaneous or post-traumatic bleeding which occurs most often in joints or muscles. The clinical features depend on the severity of the disease (severe, moderate or mild) and correlate with the level of clotting factor in the blood. Normal factor VIII and IX levels range between 50% and 150%. Patients with severe haemophilia maintain factor levels of <1%. They may experience spontaneous and traumatic bleeding, whereas moderate disease is associated with factor levels of 1-5% and less frequent bleeds, usually associated with trauma.

Bleeding into joints usually result in the destruction of the joint over time and causes crippling of patients with chronic pain and the associated social sequelae. Compared to this, intracranial haemorrhages and bleeding into the neck/ throat or gastrointestinal tract may result in death. Muscle compartment bleeds may cause the loss of a functional limb owing to compartment syndrome.

Is treatment available to manage this disease?

Replacement of the deficient clotting factor has been the mainstay of therapy. Unlike most medication, this type of therapy has been highly effective. Most of the factor concentrate used in South Africa is plasma-derived (prepared from the blood of regular blood donors). The factor concentrate can be used on-demand to arrest a bleed. Alternatively, it could be administered regularly to prevent bleeding (prophylaxis) and preserve joints.

Regrettably, in the eighties, large numbers of patients with haemophilia were, infected with blood-borne viruses such as HIV and hepatitis B/C. Another dreaded complication of factor replacement therapy is the development of neutralising antibodies (called inhibitors) to the clotting factor protein. Inhibitors reduce or negate the effect of treatment with factor concentrates. Treatment with factor concentrate is not for the fainthearted parent since it has to be administered intravenously! Imagine having to infuse your child every other morning to prevent bleeding. Brave parents are trained to do just that. Patients are also taught how to self-infuse to make home therapy a reality.

Many new therapies for haemophilia have been developed in the last 5 years. Recombinant standard half-life factor concentrates are produced, and their half-life has been extended by pegylation, or by linking to albumin or the Fc region of an immunoglobulin. Some of the latter products will soon come to market in South Africa. This will allow patients with haemophilia B to use clotting factor prophylaxis twice a month instead of twice a week.

Non-replacement therapies are also being developed. These medications have been designed to rebalance the haemostatic system by inhibiting naturally occurring anticoagulants and prevent bleeding in this way. The added advantage is that they can be administered subcutaneously. One of these medications is a recombinant humanised monoclonal immunoglobulin antibody with a bispecific antibody structure (Emicizumab) has been registered in South Africa for the prevention of bleeding episodes in patients with haemophilia A and inhibitors. The administration is subcutaneously once a week.

What about a cure?

Gene therapy for haemophilia holds great promise and may be approved in 2020 for use in other parts of the world. The main approach used is gene addition, whereby normal factor IX or FVIII genes are delivered using the adeno-associated virus (AAV) as the vector. Multiyear safety and efficacy data appear promising for a possible cure. Durability and long term complications remain uncertain. Another technique, CRISPR/Cas9 gene-editing, also holds promise for monogenic haematologic disorders like haemophilia.

We are looking forward to these new treatment strategies, but for now, the call to action is for you to get involved be it in providing care, performing research, or simply understanding and compassion…because we are in this together.

Dr Johan Potgieter is the Head of the Department of Haematology at the University of Pretoria. He is also working with the National Health Laboratory Service and was the previous Chairman of the Medical and Scientific Advisory Council (MASAC) of the South African Haemophilia Foundation (SAHF). 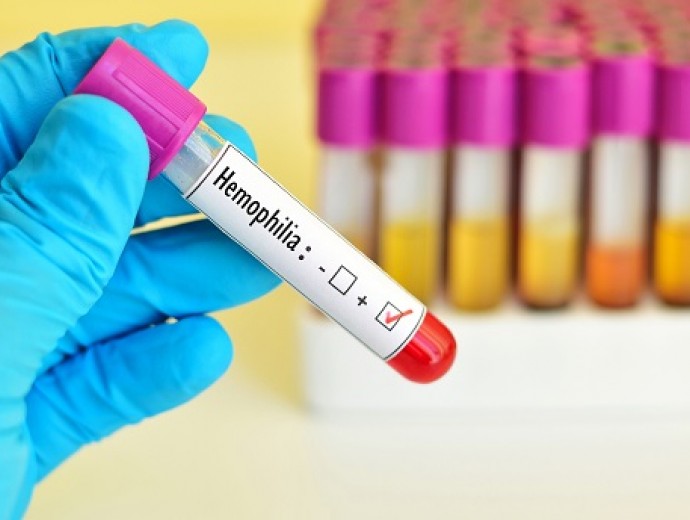