The South African and TuksHockey player Peabo Lembethe has decided come what may he will outfox opponents with a stick in hand that is why he left to play in Ireland.

The Tuks captain will be playing for the YMCA Hockey Club in Dublin from September. He can't wait to do so.

"It has always been a dream to play in Ireland, but first I had to fulfil a promise I made to my parents. That is to finish my studies. I am not entirely done yet. I still need to complete one module of my BA Humanities degree. Thanks to the University of Pretoria's online classes, I can do so while being in Dublin.

"I feel I need to be able to play as I am close to reaching my prime. Playing in Ireland is going to stand me to good stead. I don't want to disappoint the team during next year's Tokyo Games," explains the Tuks player who is already in the South African Olympic squad.

According to Inky Zondi Tuks’s head coach it is likely that there will be no tournaments played in South Africa this year due to the Covid-19 pandemic outbreak.

"The university tournaments have already been cancelled. There has been no decision as to whether the provincial tournaments will proceed. I think we will only be allowed to resume play once we reach level one of the lockdown," explained Zondi.

"The pandemic 'sucks'. But don't get me wrong. I fully understand the reasoning of why there needs to be a lockdown. Lives must be saved. If everyone sticks to the rules, we can all contribute to slow down the spread of the virus and flatten the curve. The last thing I want is to play hockey, go home, and infect a friend or someone in my family."

The 24-year old Lembethe has represented the Proteas in 28 tests. A definite highlight was playing for South African during the 2018 FIH World Cup in Bhubaneswar, India.

The Tuks player's best quality is without a doubt his unbelievable work rate and an ever sense of what is happening on the field. He is possibly one of the best distributors. He will never just pass the ball for the sake of doing so. He has a plan with every pass he makes.

"I don't care whether people notice what I do during a game. I only got one goal. That is to ensure the team I am playing for wins. If they do, it is mission accomplished. That is what makes doing the 'donkey work' worthwhile." is Lembethe's take on his role on the field.

Apart from playing for South Africa he considers captaining the Tuks men's side to their first Varsity victory in 2018 as special. 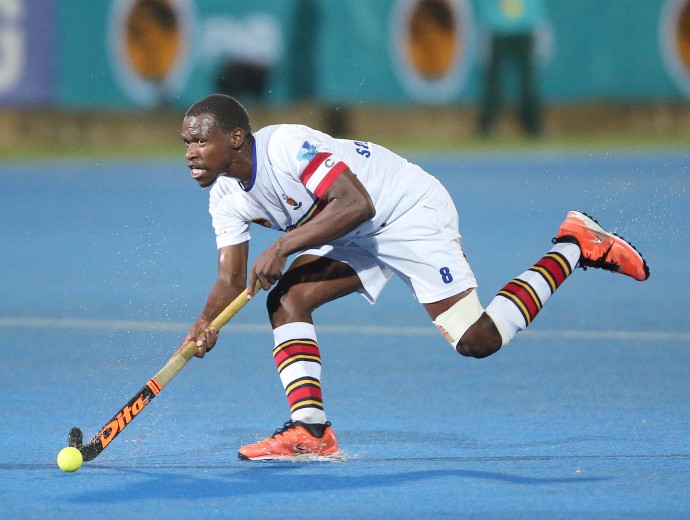