Psychology and the 4IR: ‘Adaptability will be key to navigating the future career space’

While the Fourth Industrial Revolution (4IR) may conjure up images of “apprehension and fear”, it also creates opportunities, said psychologist Professor Norman Duncan, Vice-Principal: Academic at the University of Pretoria, at the first lecture in the Psychology Seminar Series on Industrial Revolution 4.0: Implications for the Discipline and Profession of Psychology. The seminar series is being hosted by Professor Tharina Guse, Head of the Department of Psychology.

Prof Duncan spoke about the role that psychologists and educators will have in the 4IR, which raised the question of how psychologists can improve the wellbeing of people. He also spoke of how students and academics need to adapt as the nature of employment shifts. While the education and psychology fields may be the least disrupted by the 4IR, he said academics need to teach students in these disciplines to be creative, resilient and adaptable in a rapidly changing world.

Students should realise they are going to learn throughout their lives. The human lifespan will become increasingly longer, and psychologists can play a role in ensuring that people live full, quality lives.”

With the 4IR comes automation, and therefore job losses, meaning psychologists would need to help people cope with change and self-esteem issues.

A 2017 PricewaterhouseCoopers study of 10 029 people from China, Germany, India, the UK and USA found that 37% of participants were worried about automation putting jobs at risk, while 60% felt that few people will have stable, long-term employment in the future. Furthermore, 74% were ready to learn new skills or re-train to remain employable in the future; while 73% felt that technology can’t replace the human mind.

But while automation might in certain respects affect people’s wellbeing adversely, Prof Duncan also acknowledged the fact that the 4IR may well broaden access to mental-health services. Two examples of the use of AI to provide mental health services are the use of Woebot, the world’s first mental-health chatbot, and Tess, built by clinical psychologists to coach people to build resilience by having text message conversations – similar to talking to a friend or coach.

But these rapid changes in technology don’t play out in the same way in every society.

“Some parts of the world have not gone through the Second and Third Industrial Revolutions,” Prof Duncan said. “While certain parts of the word have benefitted more from it, some countries have access to technology, including cellphones, but not to sanitation. They have uneven access to resources.

“The implications for us as educators is that we don’t know what professions will exist. Are we preparing students for changes in the discipline of psychology?” he asked, referring to a prediction by futurist and fiction writer William Gibson, who said that 65% of children currently entering primary school will ultimately be working in jobs that do not exist yet.

According to PricewaterhouseCoopers, “certain jobs are at greater risk. About 49% of jobs in the transport sector will become obsolete. Banking and finance will be affected.”

Tasks that automation isn’t able to execute become more important, which means creativity and innovation will increasingly be in demand. One clear lesson arises from the research: adaptability – on the part of organisations, individuals and society – is essential to navigate the coming changes.

Meanwhile, students also need to be critical thinkers, and constantly sharpen their problem-solving skills. “Adaptability will become key to the future,” Prof Duncan said. “Digital literacy is required to give students the adaptive abilities they need to participate fully in the workplace.

“Humans can continue doing things robots cannot do. Humans can do multiple things, but artificial intelligence can’t reflect on things and empathise.”

Prof Duncan says UP’s Ready for Work Programme – four course packages that include free or pay-per-options that all focus on career planning, job preparation and workplace skills – focuses on making sure that students are employable and so achieve a decent standard of living. “We need to make sure we don’t produce young people who hold degrees but cannot find jobs. We engage in the holistic development of individuals. In the past, we had people who were proud that they worked for one employer throughout their working lives; now multiple careers and self-employment are becoming options of choice for an increasing number of young people.”

Academics need to teach students how to learn, relearn and unlearn for the sake of career and self-development, or they will struggle to adapt in the future, Prof Duncan said. “Students should not see themselves as passive recipients of change in the world – they should steer the changes in the world to benefit society.” 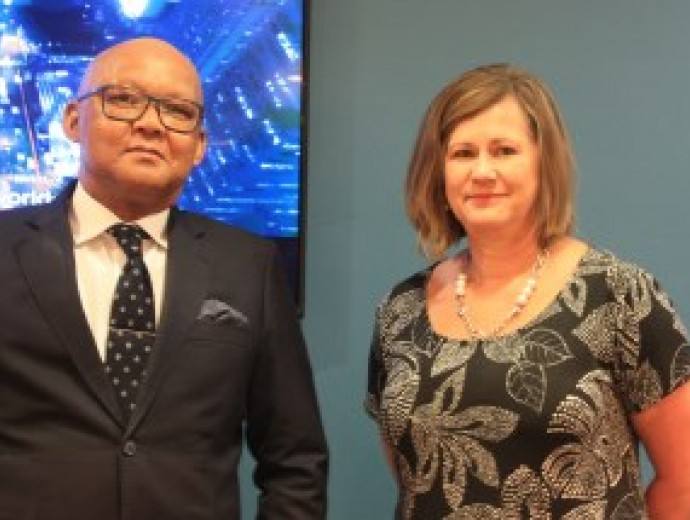