At the fifteenth General Assembly of the World Academy of Sciences hosted in Trieste in November, Professor Robert Millar, Director of the Centre for Neuroendocrinology at the Faculty of Health Sciences in the University of Pretoria, was co-winner with Alexandro Schinder of Argentina of the Medical and Biological Sciences award for 2020.

Prof Millar was presented with the TWAS Award in Medical Sciences for his fundamental and translational contributions in neuroendocrinology, leading to the development of new treatments for hormone-dependent diseases. The World Academy of Sciences boasts twelve Nobel Laureates amongst its membership, and over 600 delegates from 80 countries attended.

A primary focus of the research conducted in the Centre for Neuroendocrinology is hormone-dependent diseases such as breast cancer (headed by Iman van de Bout), prostate cancer, hot flushes and endometriosis (led by Professor Robert Millar), which is supported by significant grants from the MRC and NRF. 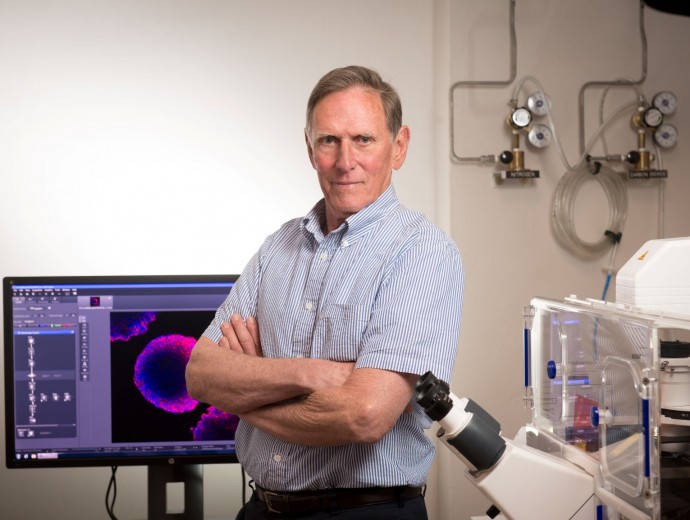