Despite the undeniable success of antiretroviral therapy (ART) in improving the lives and life expectancy of people living with HIV, the virus continues to wreak havoc in our population. While new infections have gone down from a peak of 16,000 infections per day in 1997 to just over 4,500 per day, worryingly an additional 1.7 million people became newly infected with HIV in 2018, increasing the total number of people living with the virus worldwide to 38 million. This is an untenable situation.

Global efforts have ensured that 25 million people are currently receiving ART. Unfortunately, ART does not eradicate HIV. The virus rebounds soon after treatment is interrupted, regardless of how long a person has taken it. This is because HIV persists in cells and tissues, even during treatment, in what we call the viral reservoir. Moreover, the reality is that all antiretroviral drugs have potential toxicity, while access to treatment for everyone remains challenging and comes with a substantial economic burden. In addition, infection with HIV is still a cause of stigmatisation and, in many cases, discrimination. Many cure strategies have been attempted and, while some are promising, they have considerable toxicity and much more refinement will be needed before they can be implemented in clinical practice. Ensuring universal access to cure strategies will also be challenging.

In the absence of a cure, the most effective way to eradicate an infection is through preventive vaccination. The eradication of smallpox from the globe is a case in point.  Unfortunately, despite considerable optimism in the early stages of the HIV pandemic, a vaccine has remained elusive. The main reasons are the genetic diversity of the virus – it mutates as it divides, making it difficult for the immune system to find a target to attack – and the difficulty in figuring out what kind of immune response is needed for protection. Since the discovery of HIV in 1983, there have been several vaccine trials that made use of different strategies, all of which have failed. The only glimmer of hope came from the Thai trial, RV144, which reduced the risk of infection by 31%. Recently, a similar study was undertaken in South Africa to confirm the results of this trial, called the HVTN702 study. Unfortunately, in February this year, the data safety monitoring board recommended that the study be stopped due to lack of efficacy.

This failed trial demonstrated the concerning state of the HIV epidemic in South Africa once again. The trial found an HIV incidence of 4% among women, meaning that 4 out of every 100 women are becoming infected with HIV every year. This is despite the fact that the trial offered participants the best HIV prevention methods currently available, including pre-exposure prophylaxis, against a background of high levels of ART use in the population. The dynamics of transmission are still poorly understood, and the epidemic is clearly out of control. In the aftermath of this trial, some have started questioning whether we will ever have an effective vaccine. However, the HIV field, including patients and scientists alike, is nothing if not robust. There is at least one other efficacy trial that is ongoing and novel vaccines with new targets and vectors are continuously being developed. In addition, there has been substantial investment in studying broadly neutralising antibodies (bNAbs) and understanding how they could be used in future vaccine strategies.

We know that people who become infected with a virus make antibodies, but, in the case of HIV, these antibodies are not protective. Exactly why anti-HIV antibodies cannot eliminate, HIV is still poorly understood. But scientists have discovered that some people make a special kind of antibody, referred to as bNAbs. 'Broad' means that they are active against a wide variety of different HIV strains and 'neutralising' that they can bind to HIV and cause it to be eradicated by the immune system. However, these antibodies only develop in a minority of people with HIV and, even then, only after years of infection. Fortunately, thanks to very hard work and the willingness of HIV-infected persons to participate in such studies, scientists have found a number of bNAbs that they can now study in the laboratory, and new ones continue to be discovered.

While bNAbs could potentially be used as a prophylactic treatment or as part of treatment strategies for people already infected, the ideal scenario would be the development of a vaccine that could induce the body to produce its own bNAbs. Studies investigating the levels of an antibody that would be needed for protection are currently being performed in South Africa and elsewhere. For instance, the antibody-mediated prevention (AMP) trial is an international trial that started two years ago in 11 countries involving 4,600 participants. Thus far, there have been no safety concerns, but we do not yet know if this strategy is effective. The results of the trial are expected to be made available in October this year.

Now is not a time for despondency. Great strides continue to be made. It is, however, critical that communities, volunteers and healthcare workers, as well as social and medical scientists, work together to develop a better understanding of this virus and how we can defeat it. Strong partnerships with communities and between scientists are needed to co-create knowledge and co-develop educational material.

Amongst other important roles, communities can provide insight into the dynamics of transmission; healthcare workers can help by caring for exposed and infected populations; social scientists are vital for assisting with accurate and effective messaging about vaccines and prevention; medical scientists need to work together to develop innovative vaccine strategies. However, none of this will be possible without the thousands of volunteers who continue to participate in research projects, despite the time and effort these studies demand and the uncertainty they entail. You are the unsung heroes. We salute you.

Prof Rossouw is Professor in the Department of Immunology at the University of Pretoria. 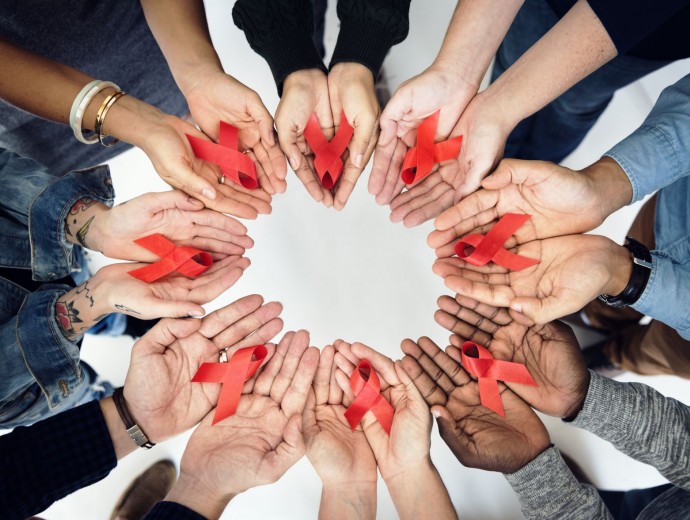