WORLD AIDS DAY: ‘Women who have experienced violence are up to three times more likely to contract HIV than those who have not,’ University of Pretoria professor says

World Aids Day is observed annually to bring attention to the pandemic and recognise global efforts to prevent new infections. South Africa has made significant progress in the management of HIV – new infections are down by 36% since 2010 – but there is still much to be done. Along with addressing socio-economic factors, gender-based violence and the low status of women, there must also be continued focus on prevention strategies, HIV testing among key populations, and the long-term treatment of the millions of infected people in the country.

The country has the largest HIV burden in the world – 20% of people living with the virus and 14% of those newly infected live in South Africa, despite it being home to only 0.76% of the world’s population.

In 2018, one out of every five adults between the ages of 15 and 49, and one out of every eight people overall were living with HIV. SA also has the largest number of people becoming newly infected annually (about 240 000 in 2018).

The largest proportion of new infections occurs among women. Adolescent girls and young women between 15 and 24 years of age are particularly at risk – this group is four times more likely to be infected than men of similar age and accounted for 37% of all sexually acquired HIV cases in South Africa in 2016.

The reasons for the high infection rate among women speak to the role and perception of women in society, the commodification of sex, stigma, poverty and gender-based violence. The most recent Demographic Health Survey in SA reported that one in four women aged 18 years and older who ever had a partner has experienced physical, sexual or emotional violence in a relationship. This is particularly concerning, as women who have experienced violence are up to three times more likely to contract HIV than those who have not.

The socio-economic environment also affects women: high rates of unemployment, social inequalities, rapid migration from rural to urban areas and an increase in single-person households means women often rely on informal work, and sometimes on transactional or “survival” sex. Prevailing masculine gender norms – which are generally permissive of multiple partnerships, and physical and sexual violence – also present an opportunity for women to secure social or material rewards, increasing their HIV risk. So-called “blessers” are well recognised for ensnaring young women through financial and other incentives, rendering them unable to negotiate safe sexual practices, such as condom use.

UNAIDS reports that key populations – gay men and other men who have sex with men (MSM), transgender people, sex workers, people who inject drugs, and incarcerated populations – and their sexual partners account for more than half (54%) of new HIV infections globally.

Key populations still suffer severe stigma and discrimination in South Africa; this is a major driver of their high HIV risk. HIV prevalence among sex workers in SA is estimated at 57.7%. The prevalence in MSM is about 26.8% and is reported to have risen by more than 10% in the major cities over the past decade. Global statistics show that transgender women are nearly 49 times more likely to be infected with HIV than other adults of reproductive age, though data in South Africa is scarce.

For sex workers, poverty, number of dependants, lack of alternative career opportunities and poor knowledge about HIV risk exacerbate their vulnerability to HIV infection. Sex workers are also less likely to access antiretroviral therapy (ART). For example, in 2015, only 19% to 27.7% of female sex workers living with HIV in the major cities were accessing treatment.

An increasing trend of new HIV diagnoses among older people (50 years and older) is being reported across Europe. While no incidence figures are available for this population in SA, older persons are more likely to believe that they are not at risk of contracting HIV, which is probably compounded by a lack of accurate knowledge about transmission. Low risk perception among older people and healthcare workers alike leads to late presentation to care and a higher risk of dying from the disease than their younger counterparts.

The United Nations developed the 90:90:90 treatment targets to focus the intention of ending the HIV epidemic as a public health threat by 2030. By 2020, 90% of HIV-infected people should know their status; 90% of those with a known status should be on ART; and 90% of those on treatment should be virologically suppressed (the amount of virus in the blood should be lower than the limit of detection of the test).

Many countries, including Botswana, Eswatini and Namibia, have achieved this target and the goals will be increased to 95:95:95 in 2030. South Africa has performed very well in achieving the first target and, currently, an estimated 90% of infected people are aware of their status, up from 66.2% in 2014.

But the second target has been our Achilles heel, with only 68% of those who know they are infected currently accessing ART. This is especially true of men, who are more likely to start ART at a later stage of infection and so have almost double the mortality rate than women. Once on treatment, people tend to do well, with a virological success rate of 87%. This number could, however, be an overestimation as many studies have reported high treatment failure and default rates. At best, it appears that only 62% of people living with HIV are currently on ART, while only 54% are virologically suppressed.

Not only is the South African treatment programme the largest in the world (with about 4.8 million people on ART), but it is largely funded domestically, with only 13% of HIV funding coming from external sources. With the introduction of a cheaper and more effective first-line regimen containing dolutegravir, South Africa envisages reducing the cost of its billion-dollar treatment programme.

Together with the underlying imperative to urgently address poverty, gender-based violence and the low status of women in society, attention should be paid to prevention, consistent condom use and targeted HIV testing, with special consideration of the needs of key populations: adolescent girls and young women, men and the elderly. Once tested, linkage to, and retention in care, should be actively managed and monitored. Finally, innovative ways of ensuring the long-term management of the millions of people in need of treatment, possibly incorporating differentiated models of care, should be explored.

- Author Prof Theresa Rossouw, Department of Immunology at the University of Pretoria
Published by Hlengiwe Mnguni 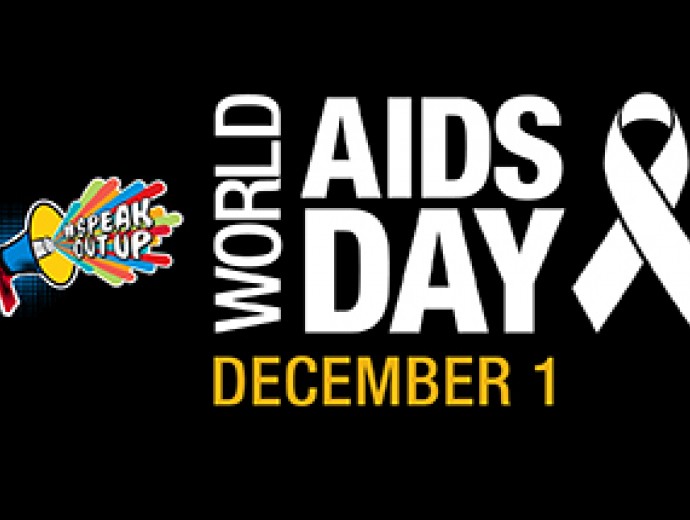