How SA can save lives and beat Hepatitis B & C

How SA can save lives and beat Hepatitis B & C

In 2016, deaths caused by viral hepatitis surpassed all chronic infectious diseases including HIV/AIDS, malaria and tuberculosis, according to a Global Burden of Disease study. Local data suggests that in South Africa (SA), an estimated 3.4 million people are infected with hepatitis B (HBV) and at least 400 000 with hepatitis C (HCV).

Viral hepatitis is a public health threat worldwide, but it’s of particular importance in SA due to the country’s high prevalence of HIV, because co-infection can accelerate the progression of both diseases. HBV and HCV are transmitted mainly through blood and affect the liver. Most infected people are unaware of their status and unknowingly develop progressive liver damage. HBV is vaccine preventable and chronic infection can be managed. HCV is curable.

As a consultant, I work with various healthcare organisations to implement solutions to prevent, treat and manage infectious diseases such as hepatitis B & C. The emphasis of my work is on shifting supportive and non-stigmatising norms and values, particularly around drug use, sex work and same sex practices. I also work towards achieving universal health for all.

Hepatitis B & C in South Africa

We don’t have robust local data on viral hepatitis. In SA, like in most African countries, our understanding is based on the best available data.

There’s better data around HBV than HCV, because there’s been a longer standing recognition that hepatitis B is endemic in SA, with around 5% of the general population estimated to be chronically infected.

For hepatitis C, it’s more complicated. Historically, there has been denial and a lack of recognition that HCV is a relevant health issue in SA. Before the mid-90’s there was no universal screening of blood or blood products. During that time, most of the HCV infections happened through the use of infected blood products and, to a lesser degree, through unsafe medical practices.

There was also a perception that injecting drug use was uncommon. People believed that few people, mostly white men in inner city Johannesburg, injected drugs. That kind of discussion proceeded for many decades. Over time there has been a recognition that the use of heroin (known locally as nyaope, whoonga, sugars, pinch, smack) is increasing, and that injecting is becoming more common.

Our community-based health service experience shows us that injecting happens across cultural groups, across the country. Recent research highlights that most new HCV infections are among people who inject drugs.

The Hepatitis C Burden Among People Who Inject Drugs

We confirmed that the most prevalent blood-borne infection among participants was HCV.

Overall, 55% of participants had been infected with HCV across these cities, peaking at 83% in Pretoria - the equivalent of 8 out of every 10 people who inject drugs.

We’ve known for a long time that injecting drug use is an emerging problem and that there has been no significant, evidence-based health response for people who use drugs generally. However, for people who inject drugs, in addition to an abstinence-only based approach there’s been very limited access to the World Health Organisation’s recommended comprehensive prevention and treatment package, which includes prevention and treatment for viral hepatitis, HIV and tuberculosis.

We have recognised viral hepatitis among people who inject drugs without access to comprehensive, evidence-based health services as a serious problem. Unless more people can access these prevention and treatment services, viral hepatitis and HIV will spread.

Hepatitis B & C and the health of people who use drugs have been neglected public health issues in this country.

In Durban, one of the cities I work in, the municipality has halted a needle and syringe programme that followed the World Health Organisation’s recommendations on the distribution, collection and disposal of needles and syringes. As a result, people who inject drugs there have no option but to share needles, despite the risks involved. As a result, the rates of hepatitis and HIV are likely to skyrocket in the city.

People who use drugs are criminalised and marginalised in South Africa. These factors limit access to treatment, but denying access to healthcare based on drug use is discriminatory, contravenes their constitutional right to health and contributes to greater public health and security problems.

Opioid substitution therapy is the most effective treatment available to manage heroin dependence. It saves lives, reduces the risk of hepatitis and HIV by reducing frequency of injection, and decreases crime. If people who use heroin develop dependence and are denied voluntary access to treatment, their health and social circumstances are likely to deteriorate.

The medication most commonly used for opioid substitution therapy is about twenty times more expensive in South Africa than it is in other countries, limiting access to the few who can afford it (it is not currently available in the public sector for maintenance).

Meanwhile, almost all people with heroin dependence who go through detoxification or an abstinence-based rehabilitation programme will return to potentially harmful heroin use within a year. It’s within the public sector that we need to put more resources into substitution therapy and support government to reduce the cost of these medications. This is a growing crisis we need to get a handle on sooner rather than later.

The Case for Universal Healthcare

I’m a firm believer that health is a public good. Healthcare costs should not be the reason people cannot achieve health.

I’m hopeful that we’ll be able to garner enough political will to beat hepatitis, particularly among people who inject drugs. The crucial thing is for SA to include hepatitis services and the World Health Organisation’s comprehensive package in the Universal Healthcare package of National Health Insurance and medical aid prescribed minimum benefits.

Everyone should be able to access HIV and hepatitis services.

That’s the global approach now and will have to be South Africa’s approach if we want to defeat hepatitis.

* Dr. Andrew Scheibe is a technical advisor for TB HIV Care and an affiliated researcher at the University of Pretoria and Durban University of Technology. 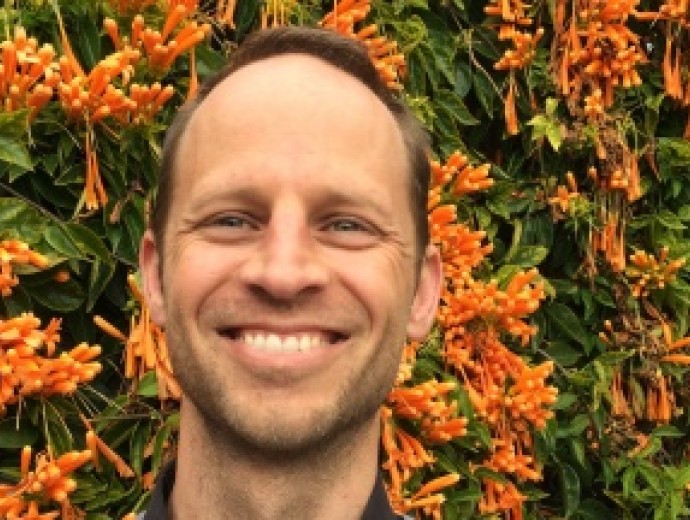