Jerry Rice once said, 'Today I will do what others won't, so tomorrow I can accomplish what others can't.' These are words that Dr Margrit Springer, who recently received her Bachelor of Medicine and Surgery degree during the University of Pretoria (UP)'s Autumn Graduation Ceremonies, lives by.

Dr Springer has been the captain of the Tuks Volleyball team for the past three years. She won the 'Most Valuable Player' award in three consecutive years and has represented UP in several competitions, including a televised Varsity Sports Beach Volleyball tournament where she won the player of the tournament and 'superstriker' awards. She was recently selected to represent South Africa at the upcoming Zone 6 Beach Volleyball Competition scheduled to take place in Namibia at the end of the year.

Dr Springer not only excels in sports, but also in her academics. She explains that to her, balance is everything. 'You need to balance your academics, exercise, sport and your social life. You may sometimes feel that you do not have time to exercise but you need to make time,' she says.

Dr Springer pursued a career in medicine because she wants to help people and she believes that is the main purpose of being a doctor. She says there is more to it than just helping people, though – there is also Ubuntu, which simply put means that one's humanity is affirmed when one affirms the humanity of others. 'My wish for all South Africans is that we can all be friendly to one another, be patient and respectful and listen when we're spoken to,' she says.

When asked where she sees herself in five years, she responded, 'I will hopefully have a registrar post in anaesthesiology. I will also probably be married and considering having a baby or two.' Her advice to students is: 'Surround yourself with people who motivate you and not people who break you down or criticise your goals.' 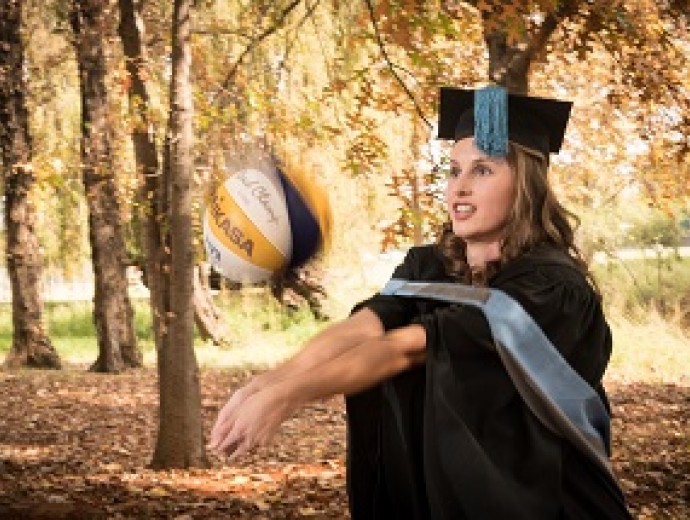