UK Commonwealth Awardee returns to UP after collaborative research abroad

Ms Tracey Hurrell, a PhD student in the Department of Pharmacology at the University of Pretoria (UP) and one of UP's UK Commonwealth Awardees, has returned from her studies in the UK. During her 2014/2015 split-site academic year, Ms Hurrell was a member of the Lucy Cavendish College, which is one of three women’s colleges at the University of Cambridge and the only women's college in Europe for students aged twenty-one years and older. Academically she was based at the Cambridge Centre for Proteomics and Department of Biochemistry.

Ms Hurrell started her research on ‘Proteomic assessment of potential in vitro hepatotoxicity models’ at UP in January 2014 and focuses on the field of safety pharmacology. Since model systems that are used to predict hepatotoxicity (the capacity of a drug, chemical, or other exposure to produce injury to the liver) should ideally closely mimic primary human hepatocytes and retain hepatic functions, this collaborative project aims to clarify factors confounding preclinical hepatotoxicology by assessing the proteome of various hepatic lineages under various culturing conditions.

While in the UK, Ms Hurrell conducted her research under the supervision of Professor Kathryn Lilley, whose own research focuses on the development of technologies that enable dynamic proteome measurements.  She also established collaboration with Prof Ludovic Vallier, a principal investigator at the Anne McLaren Laboratory for Regenerative Medicine in the Cambridge MRC Stem Cells Centre. The Vallier Laboratory specialises in, among other things, the mechanisms controlling pluripotency and differentiation of human-induced pluripotent stem cells (hIPSCs).

Ms Hurrell, who will now embark on the third year of her PhD studies at UP, says that the opportunity to complete part of her studies at one of the leading academic institutions in the world has changed the paradigm of her thinking, research endeavours and future aspirations and added:  ‘The privileges associated with being a part of the CSC community provided a unique opportunity to network with diverse and talented people in different Commonwealth countries while at the same time establishing a network of collaboration between the University of Pretoria and the University of Cambridge.’

Unfortunately applications for scholarships for 2016 have already closed. For more information on UK Commonwealth Scholarship opportunities for the 2017 intake, please contact: 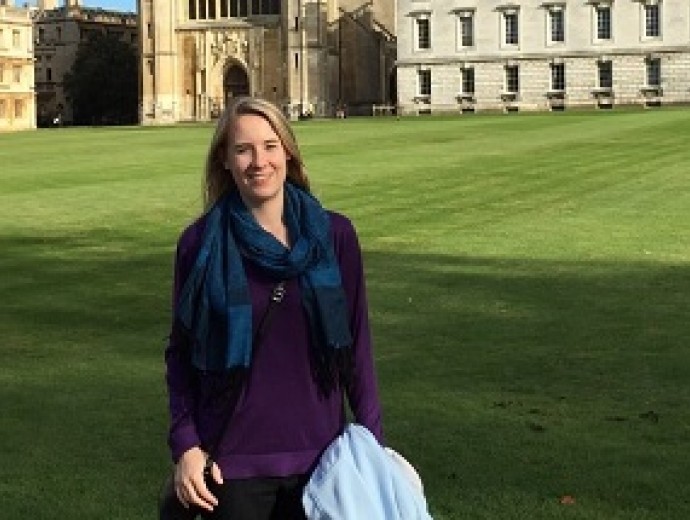