Bedside to bench: Research by new institute at UP driven by patients in need

“There are more than 6 million HIV+ people living in our region, and some would say we are the 3rd most obese nation in the world,” says Prof Michael Pepper, Director of the recently launched Institute for Cellular and Molecular Medicine (ICMM) at the University of Pretoria (UP).

Diagnosis can also intensify the problem – take cystic fibrosis (CF) for instance, which is caused by a mutation in a single gene. “In many black African and mixed-race patients we can’t make a molecular diagnosis because the tools we have were designed for mutations in Caucasians,” says Prof Pepper.

Now however, the ICMM has sequenced the genes of southern Africans, and found new mutations that have never been described before. Says Prof Pepper, “in the case of CF this has allowed us to reduce the 50% of people we couldn’t diagnose using molecular tools before to just 5%.”

An accurate molecular diagnosis is important to manage a CF patient’s treatment properly, especially since the high incidence of TB in South Africa means that CF and TB, which both affect the lungs, can be confused.

The high genetic diversity of southern Africans (they have been on the planet the longest, so have had the most time to accumulate genetic variations), together with the high disease burden gives scientists a unique opportunity for niche research that will benefit patients in southern Africa, Africa and the rest of the developing world: the more patients there are, the more material (cells, DNA samples, tissue samples, medical histories etc.) becomes available for studies aimed at finding cures, treatments and vaccines.

In 2008, with these challenges and opportunities in mind, Pepper and a few colleagues began what is now the ICMM. They started with a laptop and an idea and were allocated a gutted laboratory. That room today houses the core of the ICMM – a globally-competitive facility with high-tech infrastructure and skilled scientists.

Today, the ICMM draws on seven of the nine faculties at UP, with 20 cross-disciplinary research projects across four streams – stem cells, genomics, neuroscience and infectious diseases – and a pool of legal, ethical and entrepreneurship expertise.

“The question was, ‘how do you improve the quality of patients’ lives?’”, he explains. “First you do the hard science to get good data and develop novel diagnostics and therapeutics. You do this in a setting that is legally and ethically sound, and you must have an entrepreneurial component, otherwise these products will never get to market. The patient is our market.”

In the process, new career scientists are trained; top researchers are retained and attracted from around the globe; small-to-medium enterprises are grown; intellectual property, patents and peer-reviewed publications are generated; and the public, doctors and research ethics committees are educated about new developments. In other words, this market-driven, bedside-to-bench approach to research doesn’t only contribute to improved health, it also boosts the knowledge and bio-economy.

A testament to the ICMM’s success so far, the Medical Research Council recently awarded it an Extramural Research Unit for Stem Cell Research and Therapy, which now hosts one of the institute’s major projects: finding a gene therapy cure for HIV.

“We are one of the most active stem cell research groups in the country, and this is our flagship research,” says Prof Pepper. As long as this stream of research is sufficiently productive, funding from the MRC should continue for the next 15 years.

The CF research described earlier falls under the genomics research stream, and Prof Pepper describes those results, which are currently being patented, as “fantastic”.

As part of the infectious diseases stream, several projects and collaborations focussing on HIV and TB are underway.

Lastly, Pepper notes that mental health has been severely neglected on the African continent, and that globally, depression is set to become one of the most widespread diseases by 2030 (according to WHO). This is why the ICMM will also focus on neuroscience, and Pepper is excited that neuroendocrinology (the study of how the brain and hormones interact) will soon become a major theme in the Faculty of Health Sciences at UP. 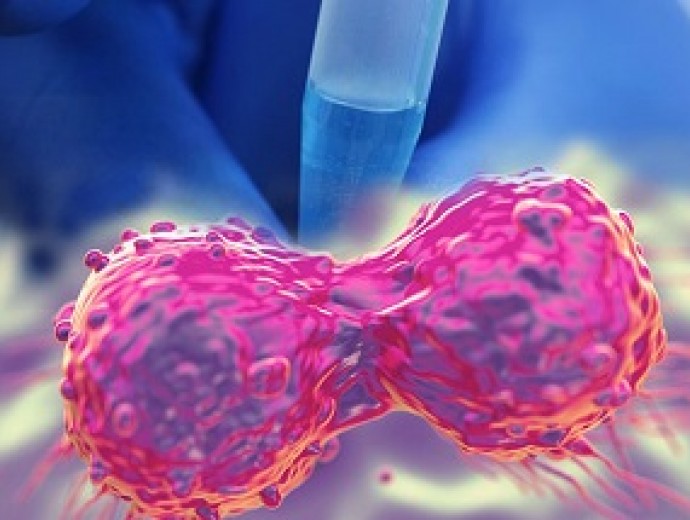