The media has recently been replete with examples of people whose lives have extended far beyond the global average. Until 15 April of this year, Emma Morano was the oldest living person on the planet: she was 117 years, 137 days, 16 hours and some minutes old at the moment of her death at her home in Italy. She ascribed her longevity to her 'lack of a husband and a diet that included raw eggs'. More recently but unsubstantiated, on 30 April, Sodimedjo (aka Mbah Gotho, which translates to Grandpa Gotho), died in Indonesia at the age of 146. His age is unsubstantiated as Indonesia only began recording births in 1900. He ascribed to his long life to 'patience and I have people that love me looking after me'.

At the other end of the spectrum, life is cut short for a variety of reasons, and for many this is due to factors beyond their control. Aging is a natural process, and as we know this process can be accelerated by preventable environmental influences which include diet and cigarette smoking, amongst others. Yet, in some people, the process of aging is massively accelerated by a condition referred to as progeria, also known as Hutchinson-Gilford syndrome. Progeria occurs randomly and is non-infectious. It affects about 1 in 4 million live births, and most people afflicted by it do not live beyond the age of 13 years.

Progeria is a genetic disorder that occurs as a result of a mutation in a gene which codes for a protein called lamin A, which maintains the normal architecture of the nucleus inside the cell. This abnormal form of lamin A, called progerin, is responsible for the premature aging seen in affected individuals as a result of the instability it causes in their  cells. 'Hardening of the arteries' (also known as atherosclerosis) is an almost universal consequence of the aging process, and is responsible for the majority of heart attacks and strokes. One of the most prominent features of progeria is an accelerated form of atherosclerosis.

On 11 April, Ontlametse Phalatse, one of two South African girls living with progeria, died at the Dr George Mukhari Academic Hospital in Ga-Rankuwa‚ outside Pretoria. Ontlametse defied the 'norms' of the disease by living to the age of 18 years, which she celebrated shortly before her death. She met President Jacob Zuma only two days before her eighteenth birthday, and he referred to her as 'the special child of South Africa'. The President has taken it upon himself to look after her family according to her wishes. The moving encounter between Ontlametse and President Zuma can be watched on the video link below.

Ontlametse referred to herself as the 'first lady' as the first black child to be reported with progeria (the other South African girl referred to above is white).

Ontlametse's life and her struggle with progeria were an inspiration to many. In addition, she epitomized the fact that, despite its devastating nature and relentless course, progeria does not affect cognitive function. She completed matric, and was very optimistic about her future: 'I would like to be a psychologist, […] so that I can work on the problems of other people and so that they can accept the way that they are because they can see that I accept the way I am'. President Zuma described her as 'very sharp and articulate', and paid her the following tribute: 'She was very special indeed. I was impressed by her sharp intellect, warm personality, brilliant ideas and her determination to use her condition to motivate others that they can achieve their goals regardless of any challenges. A brave young fighter has fallen'.

As human beings we are constantly under threat, both from within and from our environment. We take so much for granted in the normal course of our busy lives. To be healthy or even to be afflicted in some way and still be functional is truly a privilege. Ontlametse's life was cut short as a result of circumstances beyond her control, but her positive yet realistic approach to her condition serves as an illustration of the fact that although we may not have complete control over our destiny, we certainly can choose the way in which we wish to undertake the journey.

Prof Michael Pepper is the Director of the Institute for Cellular and Molecular Medicine, and a professor in the Department of Immunology in the Faculty of Health Sciences at the University of Pretoria. He is also professeur associé in the Department of Genetic Medicine and Development in the Faculty of Medicine at the University of Geneva, Switzerland. 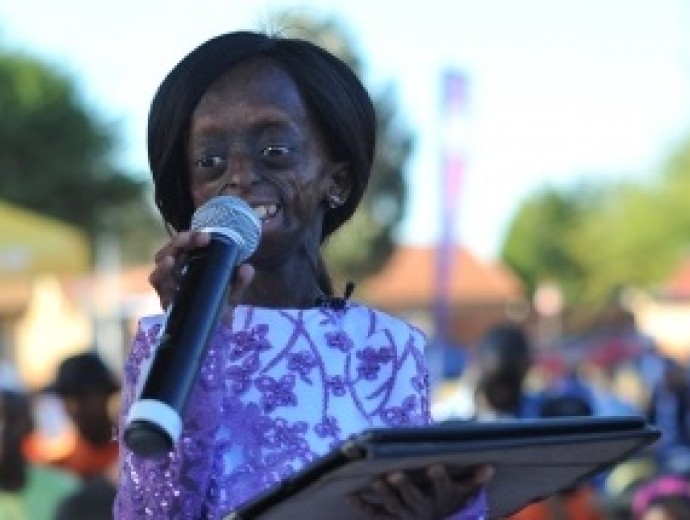