Maggot debridement therapy (MDT) has been used to clean wounds since before the development of antiseptics and antibiotics. Despite its very successful application on especially the battlefield during the Napoleonic wars, the American Civil War and World War I, the use of the technique declined sharply after the introduction of penicillin in the 1940s, when doctors and patients opted to replace the use of the rather unpleasant creepy-crawlies with a simple medication. With the advent of antibiotic-resistant bacteria however, many health care professionals are now once again looking at maggots as a viable therapeutic option.

The Department of Surgery in the Faculty of Health Sciences at the University of Pretoria (UP) has had a fly colony at the Steve Biko Academic hospital since 2007 and has been using MDT on patients since that time. It is the only facility in South Africa that has access to maggots for medical use, even though MDT is currently an established mode of treatment in the United States, the United Kingdom, Europe and the East.

MDT therapy involves the controlled introduction of live, chemically disinfected maggots (fly larvae) into non-healing skin and soft-tissue wounds of humans or animals to clean out dead tissue. The maggots are applied to the wound at a dose of 5 to 10 larvae per square centimetre of wound surface area and are left in place for 48 to 72 hours. The process is controlled by containing the maggots in special dressings that prevent them from leaving the wound unescorted, as well as through quality control measures throughout the breeding and production processes.

While applied to a wound, the maggots basically perform three functions: they debride (clean) the wound by consuming the dead (necrotic) or infected tissue; they disinfect the wound by killing bacteria; and they stimulate healing. This technique is especially effective in cases where antibiotics are ineffective and surgery impractical. The advantages of the technique include that it can be done on an outpatient basis; there is no need for anaesthesia as the procedure is virtually painless; the cost associated with this type of treatment is generally lower than conventional treatment or surgical interventions; and in many instances, for example when used to treat non-healing diabetic foot ulcers, it can save limbs.

The main objectives of the collaboration agreement are to increase awareness of maggot debridement therapy, to contribute knowledge and know-how to the field, and to make maggots commercially available to more patients. The agreement will enable the Department of Surgery to increase their current on-site maggot production capabilities significantly, which will allow them to treat more patients in the near future. Staff of the Department of Surgery will also present a training programme to Inqaba Biotec staff in the management of a fly laboratory, which will enable them to start their own off-site facility that will ensure the continuous production and safety of this valuable medical resource. 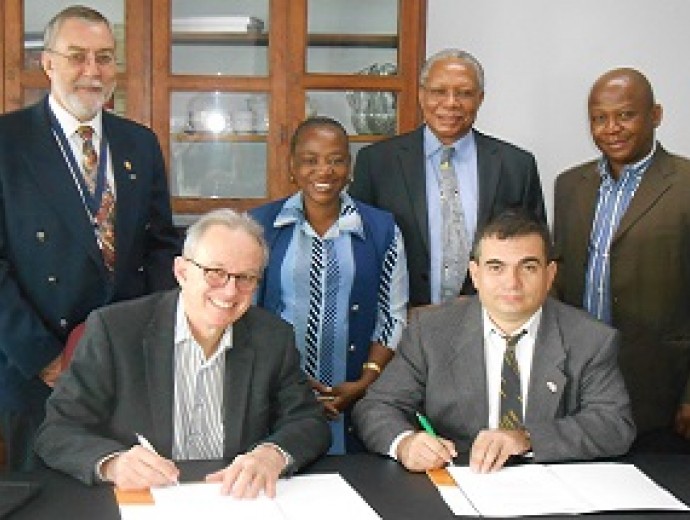