The use of DDT and other insecticides has contributed immensely to controlling malaria in South Africa. Researchers at the University of Pretoria Institute for Sustainable Malaria Control have been looking into the negative health effects of...

The use of DDT and other insecticides has contributed immensely to controlling malaria in South Africa. Researchers at the University of Pretoria Institute for Sustainable Malaria Control have been looking into the negative health effects of these malaria control measures.

An important focus area at theUniversity of Pretoria Institute for Sustainable Malaria Control (UP ISMC) is understanding thedevelopmental effects of constant exposure to insecticides on populations in the Vhembe district of Limpopo Province, and particularly in children. It is widely known that DDT potentially causes health problems, but the exact effects of indoor residual spraying (IRS) are not well-understood. According toProf Tiaan de Jager, director of the UP ISMC, this research was prompted by reports of poor reproductive health in the Vhembe area.

The UP ISMC has conducted a number of studies in Vhembe to understand the effects of DDT exposure on men, women and children, specifically looking at thyroid levels, birth difficulties and neurodevelopment during the first two years of life.

The researchers found that DDT exposure in particular leads to endocrine disruption, which means that it interferes with hormones in the human body. The UP ISMC has shown that this causes a decrease in retinol binding protein, limiting vitamin A uptake and leading to deficiencies.

They have shown that the high concentrations of environmental DDT in Vhembe affects semen quality in young men, reducing fertility and leading to birth defects. Researchers also found that boys whose mothers had been exposed to DDT spraying showed a high rate of urogenital birth defects.

Another important finding is that DDT and dichlorodiphenyldichloroethylene (DDE, a common DDT breakdown product) levels in dust are an accurate measure for insecticide exposure in people who live in IRS areas. This will make future studies of DDT exposure simpler.

The world-wide use of DDT is controversial and this controversy has not escaped de Jager: “We acknowledge that we are still dependent on the use of DDT and other pesticides, but we need to communicate, educate and make people aware of the potential risk.”

The use of DDT and other insecticides has contributed immensely to controlling malaria in South Africa. Since analarmingly sharp rise in the year 2000, the incidence of malaria has significantly decreased due to a more efficient use of DDT and better access to anti-malarial drugs.

These findings were based on a number of individual studeis at UP ISMC over the last few years. 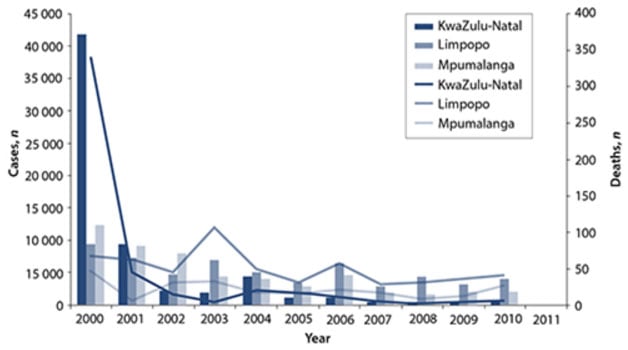 Malaria cases and deaths by province in South Africa, 2000-2011. Limpopo remains the most severely affected area of South Africa. 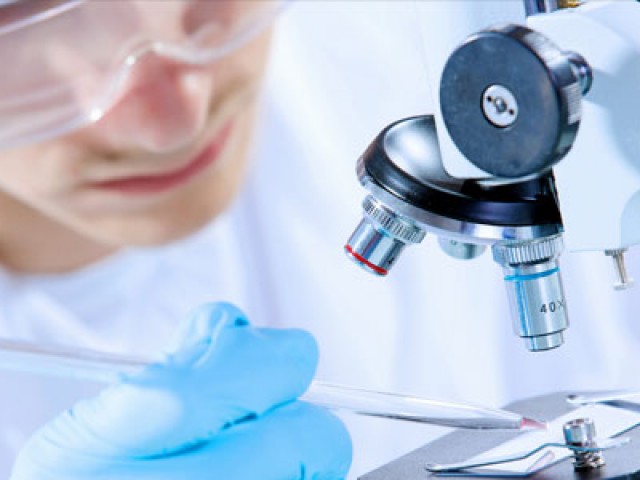