As the fight against malaria intensifies, researchers at the University of Pretoria Institute for Sustainable Malaria Control are turning to digital platforms to control and monitor the disease...

As the fight against malaria intensifies, researchers at the University of Pretoria Institute for Sustainable Malaria Control are turning to digital platforms to control and monitor the disease.

TheUniversity of Pretoria Institute for Sustainable Malaria Control (UP ISMC) has worked on a number of technological innovations for malaria control and prevention. These include the mSpray app and theMalaria Buddy app.

mSpray focusses on the problem of data management in malaria control, specifically for the annual indoor residual spraying (IRS) programme. Until recently there was no centralised digital database to ensure that spraying was effective, regular and safe.

Data was managed manually, leading to problems of ineffective insect control or environmental and human toxicity. Another issue is the potential for human error and the time delays inherent in using an analogue system to store data.

“Previously, the spray workers would go into the houses, spray the walls and fill in cards,” says Prof Tiaan de Jager, director of the UP ISMC. “For the next malaria season they would go back and spray the houses, but there was no clear database recording what exactly was sprayed where.”

The app works by allowing spray workers to record information about pesticides sprayed, the number of structures sprayed, concentrations and application procedures - all on their cellphones. This reduces the time needed to record or access data and ensures a safer and more effective IRS programme. Over time, this could develop into a comprehensive database of spraying patterns in specific areas, which can be used to improve IRS strategies and reduce spraying costs and human health impacts.

mSpray was developed at the University of California Berkeley (UCB) with input from UP ISMC researchers. The app was piloted in the Vhembe district of Limpopo province in the 2012/2013 spraying season. Prof de Jager hopes to scale up the mSpray application to the whole of Limpopo for the 2016/2017 season, and to the whole of South Africa beyond that. 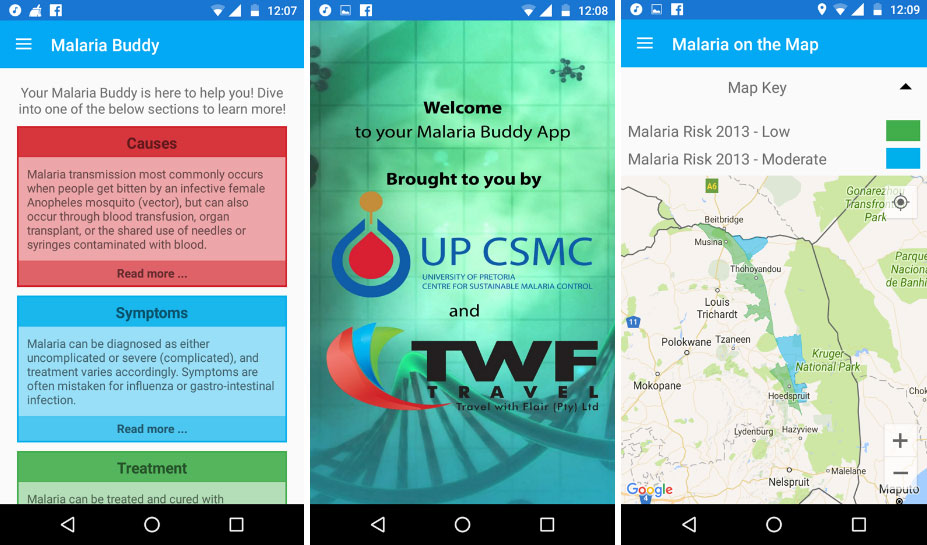 Researchers developed another app called Malaria Buddy in collaboration with travel company Travel With Flair, aimed at providing information on malaria risk, prevention and symptoms to travellers in malaria endemic areas. The app is available for Android and iOS, and researchers are currently designing an updated version that will include GPS technology to direct users to the nearest healthcare centre if symptoms are detected. The app was launched earlier in 2016.

Professor de Jager is enthusiastic about using mobile technology to combat malaria. “We should continue to use cell phone technology as it is much more effective than manual means in controlling malaria.” 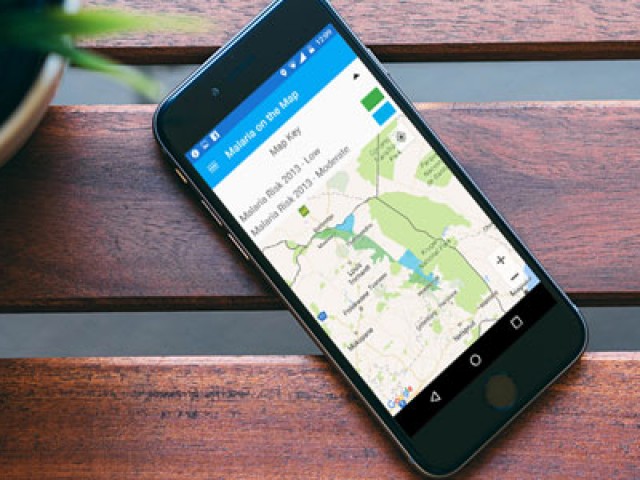