The high level panel on the 15th Anniversary of the Protocol to the African Charter on Human and Peoples Rights on the Rights of Women (Maputo Protocol) took place on 2 May 2018 at the 62nd Ordinary Session of the African Commission. The panel consisted of Hon. Commissioner Soyata Maiga, Chairperson of the Commission; Hon. Kongbelet Zingasof the Central African Republic (Pan African Parliament); Pacharo Kayira, Government of Malawi; Esther Waweru, SOAWR Network (Equality Now); Patience Mungwari, Mpani, Centre for Human Rights; and Edigah Kavulavu, International Commission of Jurists Kenya.

The panel reiterated the recognition of the Maputo Protocol as a progressive instrument that remains a milestone step which tackles the human rights of women and girls in Africa. The uniqueness of the Maputo Protocol is that it reflects the lived realities of African women and girls. It goes beyond the previously existing human rights instruments by covering issues such as harmful practices (Article 5); marriage (Article 6 on separation, divorce and annulment of marriage) and sets up the minimum age of marriage at 18 years; women’s rights to property and inheritance (Article 7) in case of divorce; violence against women (Article 4). The Maputo Protocol was the first human rights treaty to address the right to abortion (Article 14).

The Maputo Protocol entered into force on 25 November 2005 after securing the ratification of 15 member states. Since then, through similar concerted and continuous advocacy, there are 41 ratifications as the Federal Republic of Ethiopia announced on 1 May 2018 at the session that they ratified the Protocol. This means, there are 14 more member states to ratify.

To date 9 countries have fully complied with their reporting obligation under the Maputo Protocol. These are Burkina Faso, the Democratic Republic of Congo, Malawi, Mauritania, Namibia, Nigeria, Rwanda, Senegal and South Africa and Nigeria was commended for presenting their second report under the Maputo Protocol during the session. It is the first to do this and they have also reported within the expected reporting cycle.

While ratification is desirable, implementation of the Maputo Protocol is absolutely imperative in order to impact the lives of women. In illustration, this progress is evident through the increased adoption of legislation addressing discrimination against women for instance in the areas of violence against women, harmful practices, sexual and reproductive health rights, marriage equality and increased women’s participation in Malawi.

In addition, parliamentarians play a critical role in passing laws and ensuring implementation as it serves as a starting point that eventually translates to equality on the ground. An apt example being the efforts and strategies of Pan African Parliament (PAP) in reforming abortion laws to ensure women’s sexual and reproductive rights. During the Centre for Reproductive Rights (CRR) targeted intervention, they highlighted the status of reproductive health in Africa.

However, despite notable achievements in the struggle for gender equality, women within judiciaries for instance, continue to confront significant challenges in relation to substantive equality. Such obstacles remain which hinder full realisation of women’s rights. Some of these multiple factors that impede the full realization of equal representation of women within the judiciary include patriarchy, and how law as a profession, and judiciaries specifically, have long been male-dominated, and are just recently emerging from a historical gender imbalance.

Challenges to the full realisation of the rights enshrined was attributed to a number of factors which include;

The 15th Anniversary celebrations, of necessity, not only focuses on pushing for more ratifications but for domestication, implementation and reporting on the Protocol at the national levels by member states.

The Maputo at 15 video of the Centre showcases some of the ways in which the Maputo Protocol has had an impact on woman’s lives, challenges, gaps and way forward.

The panel was followed by a cocktail with participants and also showcased a photo exhibition on the theme ‘Transwomen are women’. The exhibition focuses on the strength of Article 1(k) of the Maputo Protocol which provides that 'Women means persons of female gender, including girls'.The exhibition seeks to more poignantly bring to the table the idea of inclusivity and that the human rights of minorities exist and can be protected, promoted, fulfilled within already existing legal and institutional frameworks. The over-arching message of the exhibition is that trans-women are women and have full and legal claims to the enjoyment of the human rights of women on the basis of their gender.

The exhibition is a work in progress and transwomen who are interested to participate in the project should please contact: 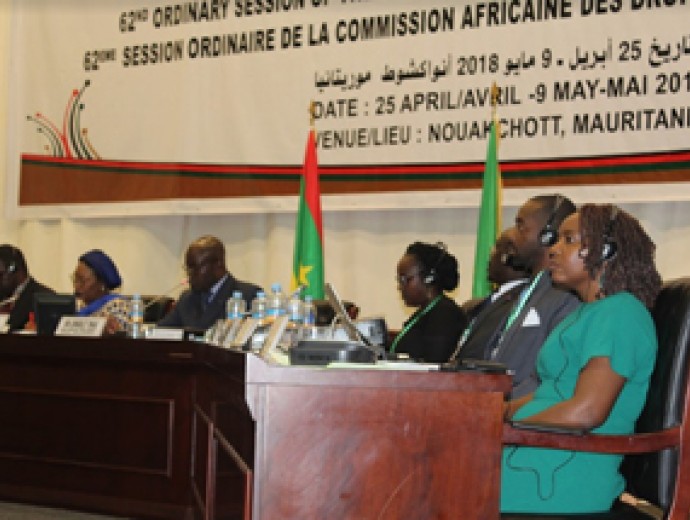