The University of Pretoria presented Mr Mpila Andries Mthethwa, ACTOM’s Chairman, with the “Chancellor’s Medal” for his contribution to industry, society, and the Faculty of Engineering, Built Environment and Information Technology (EBIT), where he served as a member of the Faculty’s Advisory Board for the past seven years.

Mr Mpila Andries Mthethwa (previously known as Andries Tshabalala) passed Grade 12 at the Edendale Technical College in Pietermaritzburg in 1975. In 1979 he received government permission to study electrical engineering at the University of Natal, where he graduated with a BSc degree in Engineering in 1983. He co-authored a paper entitled "Induction Motor Behaviour in the presence of unbalanced Voltage", with Prof RG Harley that won the Eskom Award in 1985.

He is a Fellow of the South African Institute of Electrical Engineers (SAIEE) and served as president of the SAIEE in 2011. In 2017, Mthethwa received the prestigious SAIEE President’s Award. He has been a member of EBIT’s Industrial Advisory Board at the University of Pretoria since 2014 and established the DENI Bursary Fund at the University in 2015. Mthethwa is currently Chairman of the Board of the South African Electro-Technical Export Council (SAEEC). Mr Mthethwa was the founding Chairman of the Board of City Power Johannesburg in 2001 and went on to chair the Board of Johannesburg Water from 2003.”

During a virtual graduation ceremony, the Chancellor, Prof Wiseman Nkuhlu, awarded the University’s prestigious Chancellor’s Medal to Mr Mthethwa on the 19th of April 2021.  Mthethwa delivered a speech at the online graduation ceremony focusing on most engineering graduates’ challenges in especially the South African job market.  He further stressed the need for engineering graduates to engage in continuous professional development, given the evolving digital and information technologies.

He also advised the graduates to consider taking the required steps towards launching their businesses seriously.  He suggested becoming a job creator rather than a job seeker and exploring establishing oneself as an entrepreneur.

Mthethwa was a notable recipient of the Chancellor’s Medal. He was one of the first black engineers in South Africa and has contributed to electrical engineering and human capital development.  The EBIT Faculty is proud of Mr Mthethwa for receiving this prestigious award. 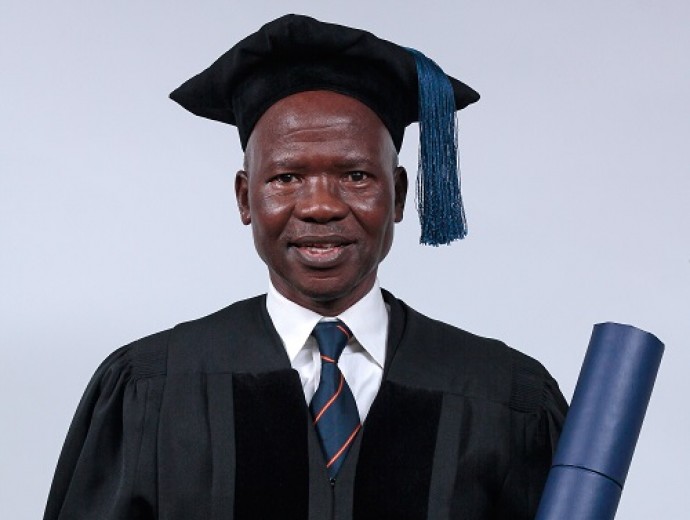