The Mining Alumni Society of the University of Pretoria (MASUP) presented its AGM in a hybrid format, which entailed both an in-person representation and live-streaming to members across the globe.

The Mining Alumni Society of the University of Pretoria (MASUP) held its annual general meeting (AGM) for 2021 in a slightly different format than in the past, due to the restrictions posed by the COVID-19 pandemic.

A representation of 25 members attended the AGM in person in the Exhibition Hall of the Mining Industry Study Centre on the University’s Hatfield Campus on 28 May 2021, which was live-streamed to another 91 members who attended it virtually. This enabled the meeting to be attended, for the first time, by members from Sierra Leone, Sweden and the USA.

Prof Sunil Maharaj, Dean of the Faculty of Engineering, Built Environment and Information Technology, welcomed the alumni members to this new-format meeting, which illustrated the Department of Mining Engineering’s contemporary response to a worldwide challenge. Hannes Bornman, an alumnus of the Department and Director of Pivot Mining, acted as Master of Ceremonies, and introduced Mike de Costa, CEO of Murray and Roberts, Mining Platform, who delivered the keynote address.

In his address, De Costa highlighted the plight of the South African mining industry, especially underground mining, which has become a lot less competitive over the last 20 years. He observed that the mining industry needs to transform and adopt new technologies if it is to become globally competitive again, and provided some suggestions to reverse the trend.

The term of office of the MASUP Committee was extended for another year as the members will also be responsible for the arrangements for the MASUP Presidential Dinner, which will be held on 6 November 2021 to celebrate the Department’s 60th anniversary.

The Committee is as follows:

Prof Ronny Webber-Youngman, Head of Department, presented an overview of the activities of the Department for the past year. This was followed by a vote of thanks from the MASUP President, after which the meeting was adjourned.

The format in which the AGM was presented this year received much positive feedback, especially from overseas members who were able to attend a MASUP AGM for the first time in 20 years. It can therefore be classified as a success. 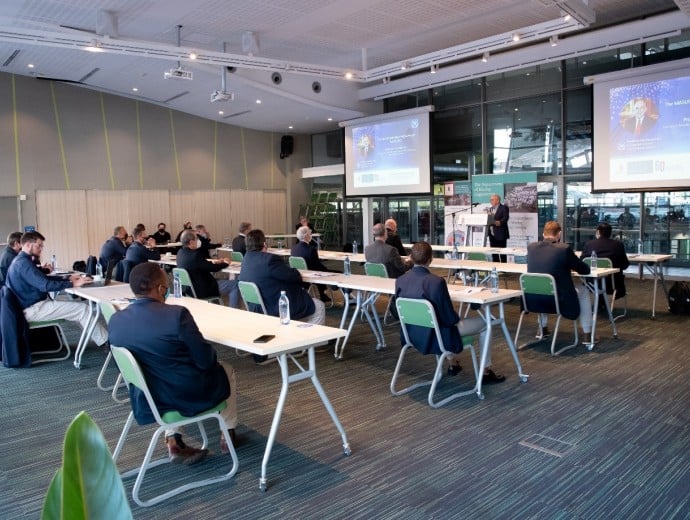