Njabulo Matshiane graduated with a Bachelor in Engineering degree in Mining Engineering (BEng Mining) in 2020. He grew up in Siyabuswa, Mpumalanga, but spent most of his youth in Bronkhorstspruit, a small town just outside Pretoria. He attended Bronkhorstspruit Primary School and proceeded to Cornerstone College, where he matriculated in 2013.

His father inspired him to become an engineer; he was just uncertain about which engineering discipline he should study. After examining the University’s faculty brochure for Engineering, Built Environment and Information Technology, he eliminated the engineering programmes that did not interest him, until he was left with mining engineering.

He researched this field of study and found it very interesting, so applied for admission to this programme. He chose the University of Pretoria because, even then, it was the best engineering university in Africa. His sister had studied chemical engineering at Tuks and had gone on to complete her honours in industrial engineering, so he told himself that if she could graduate from UP, so could he.

According to Njabulo, there is a lot of pressure when studying engineering at UP. His biggest obstacle in his first year was getting used to writing semester tests every day. This taught him that preparing for tests the week before was actually not enough. One must work consistently throughout the semester to be on top of every single module. Consulting with lecturers is also something he had to start doing if he did not understand a concept.

He is grateful to the Department of Mining Engineering, which provides a lot of support to its students. The Head of Department (HOD), Prof Ronny Webber-Youngman, organises HOD forums every semester, and Njabulo found them incredibly inspiring and uplifting, especially the way Prof Webber-Youngman talked about “activity management”, rather than “time management”.

A highlight of his studies was the mining tour that he undertook in 2017. This was the first time he had actually been underground in a gold mine, and it was an incredible experience. Another highlight was the year-end function of the Mining Alumni Society of University of Pretoria (MASUP), where Mr Francois Uys, CEO of Siyanda Resources, talked about all the chief executive officers and chief operating officers who are alumni of the Department of Mining Engineering. It was encouraging to see so many graduates from the Department leading big mining companies, which really shows the quality of a degree from the University of Pretoria.

Njabulo would like to use the knowledge and skills that come with his degree to become an entrepreneur and start a company so that he can contribute to alleviating the unemployment rate in South Africa. Looking back on 2020, he admits that it was a challenging year, especially having to conform to the “new normal”, but he quickly adapted. “Online learning was actually not too bad,” he says. He explains that after attending an online lecture, the lecturer would post the lecture on clickUP, so that the students could go back and watch the lecture again in case they had missed something or did not understand a concept.

Njabulo has the following message for prospective students: “Get a mentor through the Tuks STARS Mentorship Programme: someone who will guide you, advise you and help you settle in at Tuks.” Njabulo served as a mentor in this programme, and has four mentees with whom he is still in contact, the eldest of which is currently in his third year. He also recommends that prospective students work consistently throughout the semester. “Not everyone has the privilege to study at the best engineering university in Africa, so use your opportunity wisely,” he says.

Due to the COVID-19 pandemic, Njabulo chose not to celebrate his graduation, but will definitely celebrate when he graduates with an honours degree. 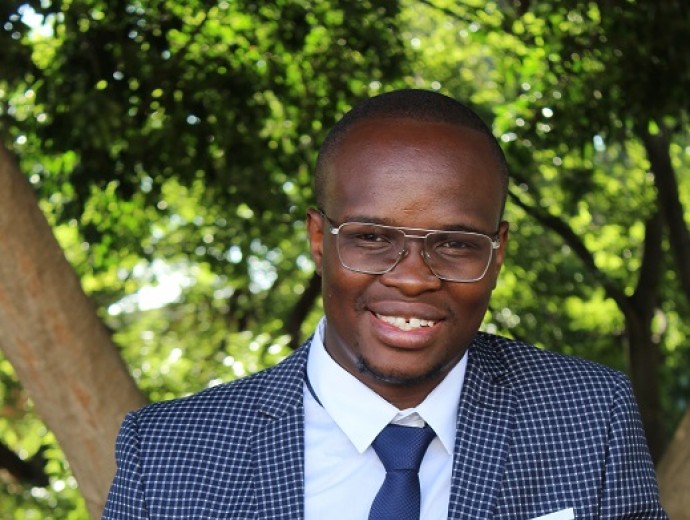