The importance of being able to access open spaces, especially green spaces in urban environments, has never been more evident than during the current state of social distancing and restriction of movement brought on by the COVID-19 pandemic. This was especially significant during the first levels of the nationwide lockdown, which lasted more than 100 days.

“Urban green space design is not only essential for well-being, but can also provide a refuge for the country’s rich biodiversity,” says Dr Ida Breed, a senior lecturer in Landscape Architecture at the School for the Built Environment at the University of Pretoria who is an advocate for the inclusion of a greater variety of ecosystem services in multifunctional urban green areas. “It is vital to demonstrate the myriad benefits of green spaces in the global south where they are often taken for granted – however, very little research has been conducted on ecosystem services in urban green spaces in South Africa,” she adds.

Landscape architecture is recognised as a scarce skill in the country, and Dr Breed is heartened by the fact that it is quite a popular career choice among women. She encourages young women to recognise how studying landscape architecture can make a difference to the critical decline of biodiversity, climate change and the need for more quality open spaces in the city for greater public health and environmental justice in SA.

Dr Breed’s research interest is landscape design with a socio-ecological focus that considers the needs of urban inhabitants, alongside biodiversity conservation. It is her desire to see more quality green open spaces in SA that can be used by dwellers of densely developed and disadvantaged urban areas to escape the confines of the city in a manner similar to that experienced in other countries. To this end, she started investigating the introduction of plant species to open spaces that would promote the country’s vast biodiversity and provide places for social interaction with a local distinctiveness.

SA has a rich biological diversity of species and is ranked the third-most biodiverse country in the world. While the Cape Floral Kingdom with its fynbos biome is the richest and most diverse in the country, the second-most diverse biome, which is well suited to cultivation in SA’s open spaces, is its grassland species. “Urban areas can play an important role in promoting and conserving the country’s biodiversity” Dr Breed says.

This led to her involvement in a research programme to study biodiversity and ecosystem services in the City of Tshwane. The aim of this programme, funded by the National Research Foundation and the University of Pretoria’s Research Development Programme, is to introduce native vegetation ecologies in urban spaces where they previously existed. “Wild grassland species that are planted in open spaces can also be more resilient in the provision of a variety of ecosystem services, and can improve the habitat and shape human preference,” Dr Breed says. Such plant species do not only include grasses, but also a variety of bulbs and herbaceous forbs that could attract and provide refuge for a greater diversity of birds and insects that also act as pollinators.

Despite the ecological and social beneﬁts, such “wilder” urban areas are not commonly appreciated and require thoughtful management for mainstream acceptance. A variety of social factors such as values and demographics shape specific demands for the aesthetics of urban areas over time, and need to be considered to link demand with the supply of urban green spaces through design and planning.

The research programme, which commenced in 2017, entailed the establishment of two experimental biodiversity gardens in areas of the university’s campus that are open to the public. The reason for this location is not just to test the characteristics of these plant species and their suitability for establishment in urban open spaces, but also to test public perception of the plant species in terms of their ornamental value.

“More than 60 grassland species – both flowering and non-flowering – were introduced into these experimental gardens,” Dr Breed explains. “Based on the research findings, it will be possible for practising landscape architects to select native vegetation for establishment in urban environments, thereby increasing local biodiversity and contributing to both the intangible sense of place and tangible services such as the provision of edible and medicinal plants.”

By the beginning of 2020, the experimental gardens had already been established for a full year. The members of the research team could therefore document their initial promising findings on whether preconceived native grassland plant assemblages constructed in typical urban settings would promote biodiversity in Tshwane, as measured through insect activity. They will also be identifying some of the local social perceptions of such interventions.

Based on their findings, the next step will be to determine and demonstrate the socio-ecological potential for biodiversity enhancement in urban areas through ecological landscape design processes, and to identify and illustrate principles that could guide such interventions for landscape designers and horticulturalists in practice. “These plant species may have an application beyond urban open spaces, and may also be of interest to individuals who are keen on cultivating a wilder aesthetic in water-wise and low-maintenance gardens,” says Dr Breed. “They might also be of interest to municipal landscaping services for use in public areas in the city such as road islands.” 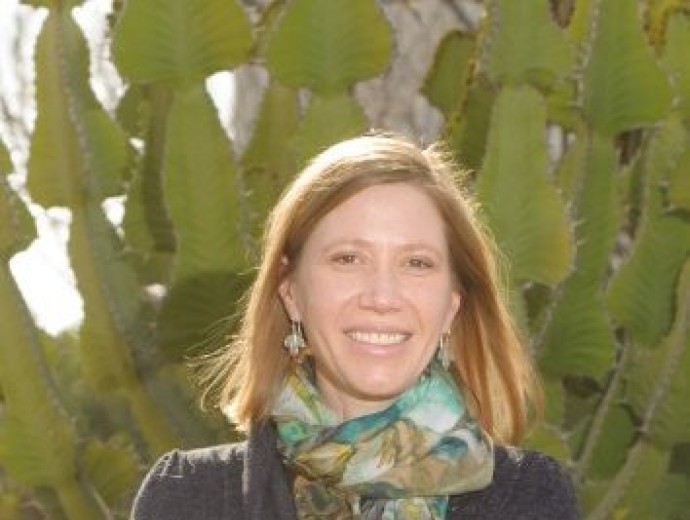