No challenge is too great for this mining alumna

Charmaine graduated from the Faculty of Engineering, Built Environment and Information Technology with a BEng in Mining Engineering as a BHP Billiton bursary-holder in 2012, followed by a BEng (Hons) in Mining Engineering in 2013, with double majors in Mining and Industrial Engineering. In 2014, she was accepted on the Department of Mining Engineering’s Student Exchange Programme in collaboration with the German Academic Exchange Service (DAAD) at Clausthal University of Technology in Germany. She treasures this experience, especially the diversity she encountered on an international stage, and the opportunity to learn from people from different nationalities and academic backgrounds.

After gaining some industry exposure, Charmaine found herself challenged with project work. This encouraged her to enrol for a master’s degree in Engineering Management at UP’s Graduate School of Technology Management (GSTM) in 2016, which she obtained in 2017. In 2019, she was accepted for a Postgraduate Diploma in Management Practice at the Henley Business School, South Africa, which she completed as part of the Accenture Future Leaders Programme.

Currently employed as a Technology Consulting Manager at Accenture within the Industry X.0 practice, she describes herself as an ambitious person who ventured into the mining industry to make a positive impact and challenge the status quo. “My dream for the continent is to see a surge in economic growth through the emergence of new and innovative local businesses. My greatest desire is to contribute to a local job market where scarcity in employment is a thing of the past,” she says.

Charmaine decided to study Mining Engineering because she wanted to expand her knowledge of the bigger picture. She was not disappointed. The highlights of her time at UP include her involvement in the Tuks Mining Society and her nomination as a Tuks Top Junior and Senior. She also singles out the opportunity to serve as a teaching assistant in the Department of Mining Engineering as an honours student. This exposed her to a whole new facet of academia.

Her work experience since graduating confirms her desire to make a positive difference in all that she does. She launched her professional career at BHP Billiton’s Wolvekrans Colliery, where she worked at the Steenkoolspruit site, gaining exposure to the mine’s coal production processes. She then joined South 32, where she concluded her professional training at the Khutala Colliery. Upon receipt of her underground coal blasting certificate, she was appointed as a Blasting Technician. She progressed up the ranks from Technical Assistant to Specialist Commercial Planning and Integration Consultant, and in December 2018, she was appointed as a Technology Consultant at Accenture.

She attributes her easy transition to the world of work to the Department of Mining Engineering’s preparation of its graduates for industry. “The mining programme at UP is infused with soft skills training, which I found most relevant and extremely useful when I started working on the mines, especially when I found myself having to lead teams made up mostly of men older than my parents,” she notes. Charmaine also commends the positive influence of the Department’s third- and fourth-year industry excursions in preparing its students for industry.

During the research for her master’s degree thesis, Charmaine decided to pursue an MBA, and was delighted to learn that she had been awarded the Orange Tulip Scholarship, which would enable her to study full time at the Maastricht School of Management in The Netherlands. As a woman in engineering, she wants to contribute to the South African economy in the longer term by creating new business opportunities to help in the fight against unemployment, and to empower people to create better lives for themselves and their communities through entrepreneurship. In the meantime, she wants to empower herself with organisational transformation and leadership skills and experience.

She has the following message for young women: “You were created with a God-given purpose to accomplish here on earth; your gender is not a disability. Your unique advantage and composition will enable you to accomplish your aspirations and ultimately your purpose. Invest in yourself to be the best version of you. Seek counsel from people who inspire you and those who have achieved what you are striving towards. In this world, we are not islands, people are there to help you on your journey, even as you help others on theirs.” 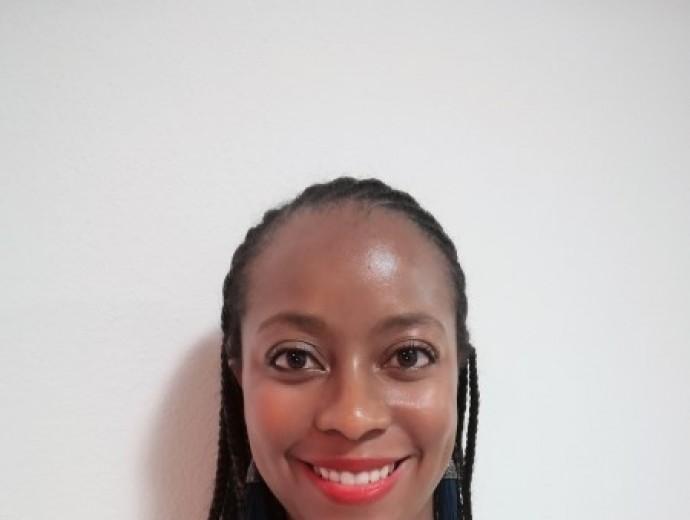