University of Pretoria (UP) engineering twins, who recently graduated, are ready to take the music and motorsport world by storm. The twins, Justin and Darren Oates (23) share identical interests in engineering, music, and motorsport.

The two mechanical engineers graduated during the UP’s virtual graduation ceremony in which 11 000 UP graduates were awarded their qualifications in absentia due to the lockdown necessitated by the global Covid-19 pandemic.

The Oates twins play the piano and have recorded music in English under the name Telepathy, but switched to the Afrikaans market under the name Alter Ego.

The two initially applied to study actuarial science, but during a gap year decided to switch academic streams and pursue degrees in mechanical engineering instead, partly influenced by their father, Cecil, who had studied engineering.

Justin and Darren specialised in motor vehicle engineering, which studies the behavioral characteristics of motor vehicles to predict or enhance specific dynamic or performance effects.

“Much of our passion in motor vehicles is centred on performance: acceleration, braking, cornering, and riding,” they said.

Motorsport is about precision, said the brothers, which suits them down to a tee given their “calculated perfectionist personalities”. “With our passion for motorsport and the physics of vehicle behaviour, we finally decided that engineering is the way to go. We have always been entrepreneurial and are continuously thinking of new ideas. To our pleasant surprise, we learnt that engineering built a solid platform for innovation and getting ideas into the real world,” Darren said.

They hit the motor racing main circuit in 2015, competing in the VW Polo GTI Cup Series, which is the most competitive level of racing in the country, with Total as their sponsor.

The Oates twins play the piano and have recorded music in English under the name Telepathy, but switched to the Afrikaans market under the name Alter Ego. 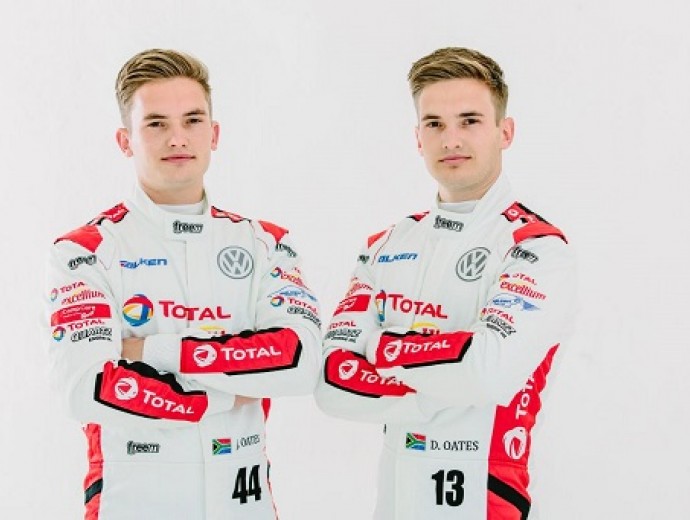 The twins; Justin and Darren Oates in their Total racing gear