“Localising manufacturing related to new technologies brings a host of benefits for the local economy, such as development of skills and increased economic activity, thereby elevating the quality of life,” says Dr George Thopil of the University of Pretoria’s Graduate School of Technology Management (GSTM) in the Faculty of Engineering, Built Environment and Information Technology (EBIT).

“However, doing so (localising manufacturing) would require national policies that subsidise initial set-up of manufacturing facilities and then protect local manufacturing from the influx of low cost imported components,” adds Dr Thopil who, along with his master’s student, Norah Mahlangu, recently received the award for Best Paper from the Southern African Institute of Industrial Engineering (SAIIE).

The paper explained that a number of developing countries have undertaken measures to diversify into renewable electricity generation. Concentrated Solar Power (CSP) is one of the technologies and despite its high capital costs, it has numerous technological capabilities.

CSP is, however, a new technology in many developing countries, where the external costs have not been fully understood. Thus far, South Africa has not conducted any detailed external assessments for renewable electricity sources. The presented research aims to evaluate the external cost associated with a solar CSP plant using life cycle analysis. The analysis uses a parabolic trough CSP plant with 100 MW capacity located in the Northern Cape region in South Africa.

The study found that climate change accounted for an estimated 32.2 g CO2 eq/kWh of electricity generated. A number of non-greenhouse gas impacts were also analysed, of which the effect on human health was the most significant category (0.214 g/kWh). The damage cost quantified in the study for the solar CSP plant was in the range of 2.10 to 3.31 ZA c/kWh (1.4–2.2 €/MWh) with a central estimate of 2.83 ZA c/kWh (1.9 €/MWh). The results suggested that climate change and human health had a combined contribution of 91% to the central estimate of the external costs, which was mostly attributed to the manufacturing life cycle phase.

The analysis showed that manufacturing activities have a major contribution across all impact categories. A major policy understanding is that the overall damage costs can be reduced if manufacturing the main components can be localised, to reduce the emissions caused by the transport systems. This could bring added benefits for local communities and industries.

Dr Thopil is extending the investigation to other types of renewable technologies, which will assist in building a comparative scale of external costs for multiple energy technologies.  This investigation is complimenting the ongoing multidisciplinary research the GSTM is doing, which looks at multiple facets of the impact of technology on society.

Mahlangu, who graduated in 2018, is currently employed at Eskom and hopes to use the knowledge and skills gained to build capacity within her work environment. 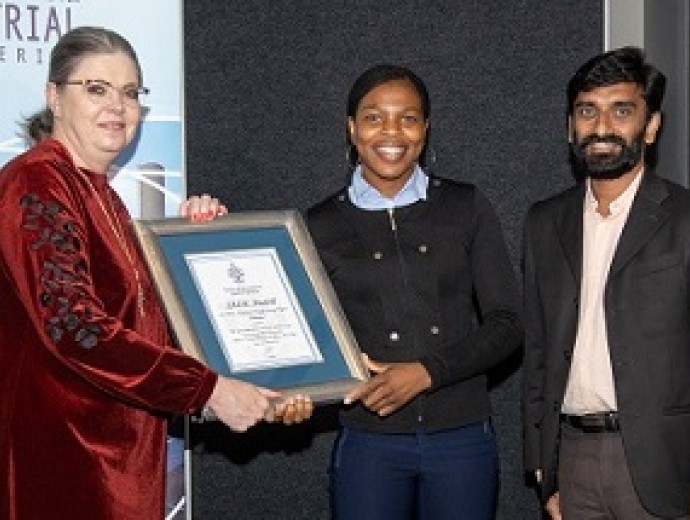