University of Pretoria (UP) Vice-Principal: Academic, Professor Noman Duncan, and the Faculty of Engineering, Built Environment and Information Technology (EBIT) recently celebrated the completion of a pilot run for a new UP Career Mentorship Programme.

Dr Martina Jordaan, Senior Lecturer: Community-Based Project Module at EBIT, explained how the pilot was run: “An invitation was forwarded to all final-year engineering students (to apply to be mentored). Thirty-two students responded. The Alumni Office assisted with names for possible mentors and Aurecon Human Resources was also contacted.”

Twenty-four mentors were found, 10 of whom were from Aurecon, an engineering consulting company. The mentors could choose the mentees they thought they would best be able to mentor. The structure of the mentorship programme entailed two face-to-face and/or online sessions, and one job shadowing session. After the sessions, the mentees and mentors reflected on their experiences on Google Drive. The mentors varied from early-career engineers to senior engineers.

Altus Bisschoff, a mentee who is graduating with a Bachelor of Mechanical Engineering degree, was paired with Loda Dedekind, Technical Director for the Energy Division at Aurecon. Dedekind is a mechanical engineering UP alumnus. Bisschoff said conversations between him and his mentor ranged from the technical to personal development skills.

“I can easily see that Loda is an expert in her field and knows what she is talking about. The one thing that she told me that stood out the most was that you, as a person, are solely responsible for your happiness in the workplace (that is under normal circumstances, excluding situations with terrible bosses or ridiculous working environments). If you are unhappy, you have the power to change that.” Paul Ssali, a candidate mechanical engineer at Aurecon who graduated from UP, was mentor to final-year mechanical engineering student Keitumetse Mokoena. Ssali said during his time as an undergraduate engineering student he thought he knew what engineering was about because he had been trained to “think like an engineer”. But it wasn’t until he was integrated into the workplace that he realised that he “still needed to learn to function like an engineer, in a very fast-paced industry”.

Apart from providing Mokoena with advice on career path and development, determining which skills to build, ascertaining her strengths and weakness and worries, Ssali stressed the importance of learning workplace emotional intelligence (EQ) for productive interactions with different people.

For Ssali, it is important to learn from the experiences of others. “It is by standing on the shoulders of giants that we are able to see further. It is absolutely critical to the development of the key skills required for our country’s development. The only way to empower people is by empowering them to empower themselves, and that can be done by learning from those that have gone before us,” he said.

Swesha Machere, another final-year mechanical engineering student, found more practical applications in the endeavour. “Having contact with mentors in industry was a good way to see certain subjects that you studied in your degree, that had seemed theoretical until now, mapped onto real-world applications, for example, programming and control systems.”

Feedback from mentors and mentees will be analysed by Dr Jordaan with the goal of improving the structure of the programme before rolling it out to the rest of the University’s students.

Prof Duncan said it was well known that “employment within six months of graduating from UP was at 93%. But we need to up the ante: we need to train our graduates to not only attain jobs after they graduate with a high percentage of certainty and that they do well in those jobs. We need for them to rise through the echelons and become leaders of industry”.

“Of course, UP alumni will assist us significantly in preparing our graduates for the workplace by joining us in this career mentoring endeavour in the knowledge that current mentees will one day give back by mentoring others in future,” he said. 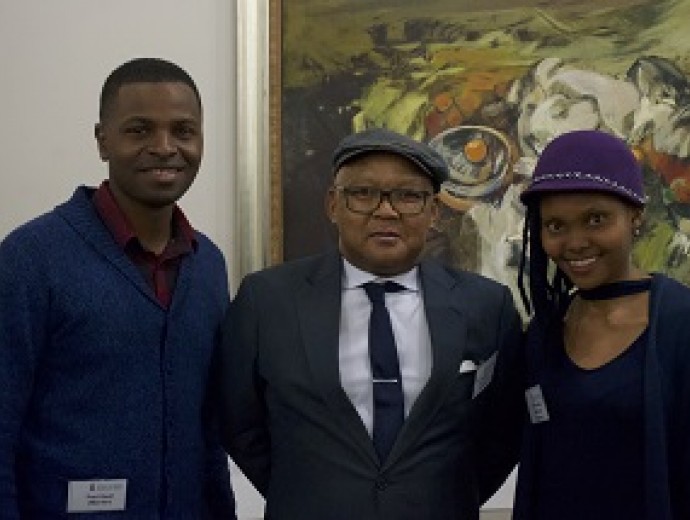