The Architecture Archives of the University of Pretoria (AAUP) and the Cultural Heritage Agency of the Netherlands recently hosted a series of workshops on the management and preservation of architectural drawing collections. A related public event sponsored by the Netherlands Embassy also drew a wide audience from the fields of architecture, archiving and conservation.

The initiative was launched by Mr. Johan Swart from the UP Department of Architecture in an attempt to fill the gap in skills and lack of collaboration related to architectural archiving. Over the course of a week (18-22 February), visiting experts from the Dutch Cultural Heritage Agency, The National Archives of the Netherlands and the Amsterdam City Archives shared their expertise with local stakeholders.

The AAUP team – Prof. Arthur Barker, Johan Swart, and Karlien van Niekerk - has launched a number of archive initiatives over the last few years including digitisation, open access collections, student training programmes, and research projects. The archives are located in the newly refurbished Building Sciences Building and host one of the most complete architectural collections in South Africa. It contains valuable drawing sets from a variety of well-known South African architects such as John Cleland, Gordon McIntosh, Norman Eaton, and John Fassler. 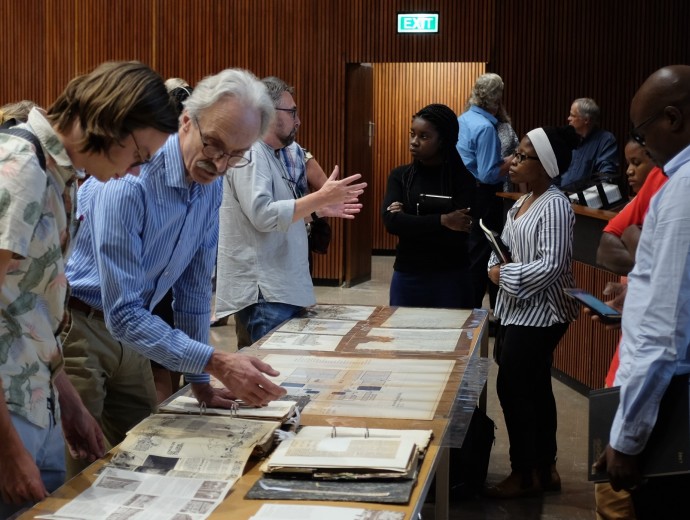