This award is to recognize and reward talented young female scientists in the field of Life Sciences (such as biology, biochemistry, biophysics, genetics, physiology, neurosciences, biotechnologies, ecology and ethology) as well as Physical Sciences (such as physics, chemistry, petroleum engineering, mathematics, engineering sciences, information sciences, and earth and universe sciences).  As part of the award, Dr Everts also attended a Leadership Training course in Kenya, hosted by the L’Oreal-UNESCO Foundation from 4 to 6 December, to strengthen her career and also connect her with scientific women all over the continent.

The research of Dr Everts focusses on the improvement of the fundamental understanding of mixed convection in laminar and transitional flows.  For her Postdoctoral research, she is primarily focussing on the heat transfer and pressure drop of high viscosity fluids.  The resulting correlations will enable engineers to design heat exchangers that operate in the transitional flow regime, as well as to optimise the design of heat exchangers that operate in the laminar flow regime.  The applications of this fundamental research are very wide and range from domestic systems such as air-conditioners in cars and buildings to renewable energy systems (such as solar energy) to large industry systems (such as the mining industry).

Dr Everts has received over 20 awards, including the TATA Africa Scholarship for Women in Science, Engineering and Technology (in both 2015 and 2017), the S2A2 medal for Original Research at Masters level, as well as the Eskom Chairman’s University award for the best final engineering student that graduated in the country in 2012.  Dr Everts has published 7 journal articles and 17 conference papers.  She is currently involved in two international research projects: (1) The ThermaSmart Horizon 2020 project which involves 18 universities across five continents and focusses on the phase-change cooling of high-power electronic devices. (2) A Royal Society-funded collaboration between Imperial College London and the universities of Pretoria, Nigeria and Mauritius that focusses on unsteady boiling in solar power plants that typically occurs when the sun is suddenly blocked by clouds. 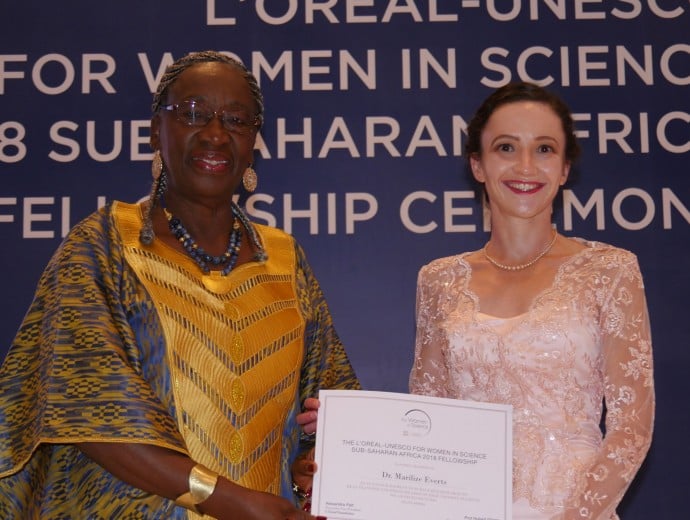