Eclectic ZA Wilhelmiens: A shared Dutch built heritage in South Africa honoured with an Award of Excellence by the South African Institute of Architects

The publication Eclectic ZA Wilhelmiens: A shared Dutch built heritage in South Africa (Bakker, K.A., Clarke, N.J. and Fisher, R.C. (eds.) 2014, Pretoria: Visual Books) was awarded an Award of Excellence by the South African Institute of Architects (SAIA). The biennial award was made public during the Corobrik SAIA awards ceremony, held in Johannesburg on 2 September 2016.

The book is the result of a research project of the Department of Architecture at the University of Pretoria (UP) that was conducted between 2011 and 2014. The project was cofunded by the Royal Netherlands Embassy in Pretoria through their Shared Heritage Programme.

The publication is an edited book of essays relating to the Dutch contribution to South African architecture and infrastructural development in the second half of the Nineteenth Century. Various authors from South Africa and the Netherlands were involved in the researching and writing of the various components. These are Dr. Jaap-Evert Abrahamse of the Cultural Heritage Agency of the Netherlands, Micheal Louw of the University of Cape Town, Dr. Arthur Barker and Johan Swart of the University of Pretoria and Candice Keeling, an architect and heritage consultant in private practice. The entire book underwent a double blind peer review by international experts.

The editors, Karel Bakker, Nicholas Clarke and Roger Fisher also contribute stand-alone chapters to the publication. They are all associated with the Department of Architecture at the University of Pretoria. Karel Bakker was professor and Head of Department before passing away in 2014, Roger Fisher is Professor Emeritus and Nicholas Clarke is a former lecturer and current Heritage Studies Associate at the same department and also part-time lecturer and PhD candidate at the Faculty of Architecture at the Delft University of Technology in the Netherlands.

An Award of Excellence is the highest award for architecture that the SAIA can bestow on a project. This is also the first time that a book project has been honoured by the SAIA in this way. 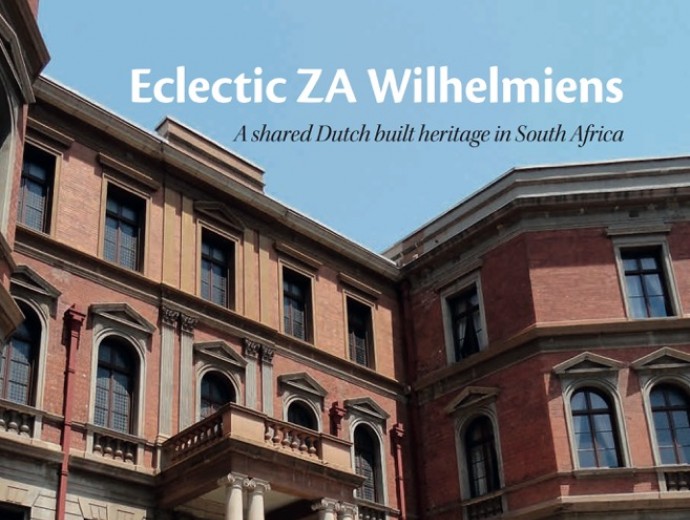