UP EXPERT OPINION: Is the world retracting from globalisation, setting it up for a fifth wave?

Over the past 25 years there has been lots of research and debate about the concept, the history and state of globalisation, its various dimensions and benefits.

The World Economic Forum has set out the case that the world has experienced four waves of globalisation. In a 2019 publication it summarised them as follows.

The first wave is seen as the period since the late 19th century, boosted by the industrial revolution associated with the improvements in transportation and communication, and ended in 1914. The second wave commenced after WW2 in 1945 and ended in 1989. The third commenced with the fall of the Berlin Wall in 1989 and the disbanding of the former Soviet Union in 1991, and ended with the global financial crisis in 2008.

The fourth wave kicked off in 2010 with the recovery from the impact of the global financial crisis, the rising of the digital economy, artificial intelligence and, among others, the increasing role of China as a global powerhouse.

More recent debates on the topic focus on whether the world is now experiencing a retraction from the fourth wave and whether it is ready for the take-off of the fifth wave.

The drawn-out retreat from globalisation during the 30-year period – 1914 to 1945 – was characterised by the geopolitical and economic impact of WWI and WWII. Other factors were the 1918-1920 Spanish Flu pandemic ; the Stock Market Crash of 1929 followed by the Great Depression of the 1930s; and the rise of the Communist Bloc under Stalin in the 1940s.

This period was further typified by protectionist sentiments, increases in tariffs and other trade barriers and a general retraction in international trade.

Looking at the current global context, the parallels are remarkable. The world is still fighting the COVID pandemic that had devastating effects on the world economy, global supply chains and people’s lives and well-being.

For its part, the Russia-Ukraine war has caused major global uncertainties and food shortages. It has also led to increases in gas and fuel prices, further disruptions in global value chains and political polarisation.

The increase in the price of various consumer goods and in energy has put pressure on the general price level. World inflation is aggressively on the rise for the first time in 40 years. Monetary authorities worldwide are trying to fight inflation.

Global governance institutions like the World Trade Organisation and the UN, which functioned well in the post-WWII period, now have less influence while the Russian-Ukraine war has split the world politically into three groups. They are the Russian invasion supporters, the neutral countries and those opposing, a group dominated by the US, EU and the UK. This split is contributing to complex geopolitical challenges, which are slowly leading to changes in trade partnerships and regionalism.

Europe is already looking for new suppliers for oil and gas and early indications of the potential expansion of the Chinese influence in Asia are evident.

De-globalisation is seen as a movement towards a less connected world, characterised by powerful nation states, local solutions and border controls rather than global institutions, treaties, and free movement.

There’s now talk of slowbalisation. The term was first used by trendwatcher and futurologist Adjiedji Bakas in 2015 to describe the phenomenon as the continued integration of the global economy via trade, financial and other flows, albeit at a significant slower pace.

The data on economic globalisation paint an interesting picture. They show that, even before the COVID pandemic hit the world in 2020, a deceleration in the intensity of globalisation is evident. The data which represent broad measures of globalisation, include:

These declining trends are further substantiated by the evidence of deeper fragmentation in economic relations caused by Brexit and problematic US/China relations, in particular during the Trump era.

The question now is whether the latest data is:

The similarities between the first wave of globalisation and the existing global events are certainly significant, although embedded in a totally different world order.

The current dynamics shaping the world, such as the advancement of technology, the digital era and the speed with which technology and information is spread, will certainly influence the intensity of the retraction of the already embedded dependence on globalisation.

Nation states realise that blindly entering into contracts and agreements with companies in other countries may be problematic and that trade and investment partners need to be chosen carefully. The events over the past three years have certainly shown that economies around the world are deeply integrated and, despite examples of protectionism and threats of more inward-looking policies, it will not be possible to retract in totality.

What may occur is fragmentation where supply chains become more regionalised. Nobel Prize-winning economist Joseph Stiglitz refers to the move to “friend shoring” of production, a phrase coined by US Treasury Secretary Janet Yellen.

Elsabe Loots, Professor of Economics and former Dean of the Faculty of Economic and Management Sciences, University of Pretoria. This article first appeared in The Conversation on 21 July 2022. 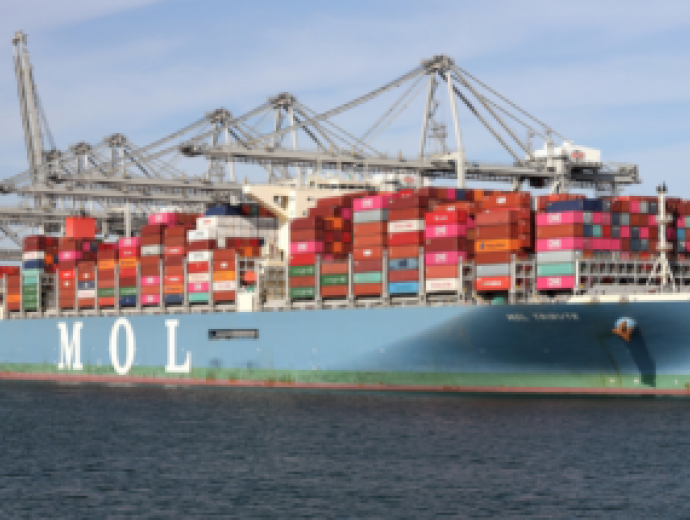