UP EXPERT OPINION: The South African energy crisis: Is there light at the end of the tunnel?

In the famous words of Al Pacino, and just about every South African in recent days, months, and years… “I am in the dark here!!” In 2002, Eskom was named the top utility company in the world. Two decades later, it is fighting to keep the power grid from collapsing as a series of damaging factors have combined to leave South Africans (again) planning their days around load shedding schedules. As Energy Month draws to a close, many are asking how did we get here? In this article, we consider three significant events that have contributed to Eskom’s state of affairs and give some suggestions for a possible way out of the mess we find ourselves in.

The 1998 White Paper on Energy Policy of South Africa suggested significant reforms for the electricity sector, including the restructuring of Eskom into separate entities (yes, the idea is not a recent one). Private sector involvement for new generation was also heavily favoured by government in their planning framework. The White Paper suggested that without new generation, South Africa will run out of electricity within 10 years. This is also when Eskom started to raise concerns about insufficient capacity to cover the forecasted electricity demand growth in the coming decade.

However, despite the urgency required, and an open invitation to private investors to inject new generation capacity into South Africa, no new projects had broken ground by 2004. Government was forced to rethink its stance on allowing Eskom to be part of the new build programme and commissioned the building of Kusile and Medupi, albeit far too late. Overoptimistic build times combined with various design, budget and corruption issues uncovered since, meant that for South Africa it was always a case of when, not if, load shedding would strike during the late 2000s.

The recently concluded Zondo Commission has confirmed what has long been known. The State Capture project during the 2010s was a cruel blow to socio-economic development goals. Corruption and mismanagement at the highest levels at Eskom during this period negated any chance the power utility had to achieve its generation capacity and financial stability goals, and turned public sentiment against the once admired utility. While State Capture and the erosion of key institutions was not the reason why loadshedding started, it is a big reason why it is still a part of our everyday lives.

One of our recent studies showed that improved institutional quality stabilises markets and leads to higher electricity supply efficiency. Eskom and the South African government would do well to implement the lessons from that research and related literature. The general decline in South Africa’s ability to fight corruption and provide effective service delivery has been well documented, and is confirmed in Figure 1, which tracks these two indicators. It is therefore imperative that authorities arrest the decline in the quality of institutions, restore the rule of law, and hold those responsible for the State Capture project accountable. The National Energy Regulator of South Africa (NERSA) established in 1995, undertook its role to regulate and determine electricity tariffs from 2000. NERSA’s pricing scheme ensures that, in principle, the utility remains “functioning and sustains itself economically”. In discussions between Eskom and key stakeholders, including NERSA, as far back as 2008, a broad agreement was reached that electricity prices received by Eskom needed to increase considerably in real terms to ensure its financial sustainability. However, since the 2008/09 recession, this agreement no longer seemed politically and socio-economically viable.

The combination of extremely poor GDP per capita growth during the 2010s, rising unemployment and inequality, and public sentiment having turned against Eskom due to mismanagement, meant there was very little appetite to force higher electricity prices on already struggling consumers. Year after year NERSA rejected Eskom’s MYPD application for higher tariffs that would see them reach a cost-reflective level. As a result, the price gap remains. The continued underpricing of electricity has not done justice to Eskom, or consumers seeking a stable supply of electricity.

The reality is that various electricity pricing structure reforms, including an increase in the price itself, are required if Eskom wants to be financially sustainable. There is a direct link between Eskom’s financial problems and their inability to maintain their generation fleet. Despite all the cost-cutting measures already imposed since the late 2000s, Eskom is still forced to sell electricity at below cost-reflective levels when taking into consideration the full systems cost. It must be emphasised that even removing the historical and current cost of corruption and inefficiencies would not be enough to allow Eskom to achieve financial sustainability under the current price path allowed by NERSA.

If Eskom wants to be run, as indicated in the National Development Plan, on a self-sufficient basis following the user-pay principle, then this must be reflected in the price they are allowed to charge for their output. If not, government needs to make a clear policy decision to abandon the user-pay principle and explicitly subsidise Eskom, or its customers, as part of an effort to artificially keep electricity prices low. This would essentially institutionalise the annual bailouts received from Treasury in recent years. It is worth remembering that Eskom still produces some of the cheapest electricity in the world compared to international benchmarks. This is often lost on the average consumer as municipal surcharges – effectively a wedge between the price Eskom receives and the price final household consumers pay for electricity – can be quite substantial.

Is there a way out of this mess?

Unfortunately, none of the three issues briefly discussed above have any quick fixes. In the very short term, loadshedding will be unavoidable. In the medium term, policy certainty and cutting red tape – for which the minister needs to take responsibility – backed by strong institutions will attract more investment in generation capacity, including renewables, that will help alleviate the problems faced by Eskom.

As the NPA starts to tighten the noose around those responsible for the incalculable damage state capture has caused the economy, and Eskom in particular, this will hopefully send a strong message that South African institutions are not for sale. However, a lot of resources will be required to reverse the damage done to Eskom’s operations.

A revised pricing structure is perhaps the lowest hanging fruit in terms of implementation, but it will not be a popular choice until consumers feel justice has been done for the crippling of Eskom. If Eskom is to have any success in achieving their desired price path, they must earn back the trust of the public. This, in turn, will not be possible unless its generation performance improves. A catch 22, indeed. Honest communication to the public about its challenges, realistic solutions that prioritise internal efficiency and maintenance, and a renewed call for the institutional support it needs to succeed - including bringing those responsible for reported cases of sabotage to book - are non-negotiable.

In the meantime, South Africans will need to brace themselves for a cold and dark winter. The lessons of the past should guide us to ensure future generations do not ever have to face a similar situation. Only by making smart decisions, even if that means some short-term pain, and holding authorities accountable for their actions through a combination of civil discourse and the ballot box, will South Africans be able to see the light at the end of the tunnel.

Roula Inglesi-Lotz is a Professor and Heinrich Bohlmann is an Associate Professor, both in the Department of Economics at the University of Pretoria.

This edited article first appeared on Business Live on 31 May 2022. 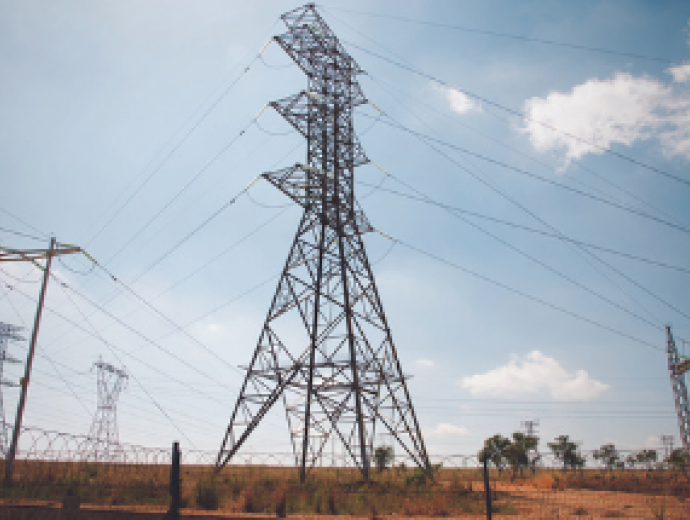