From rejection to being a UP master’s candidate, Benjamin Iyanu Oyebode’s journey is one of perseverance

When Benjamin Iyanu Oyebode initially applied at the University of Pretoria (UP) with his grade 11 results in 2013, he did not anticipate the rejection that would temporarily set him back, but perseverance and hard work resulted in him being accepted in 2015.

Because of the initial rejection, the 24-year-old who hails from the town of Ipetumodu in southwestern Nigeria says he felt like his dream was slipping away. “The day I received the news that I did not get accepted to study at UP was one of the hardest days of my life. What made this difficult was the fact that my uncle who brought me to South Africa studied at this prestigious University from undergraduate level right through to master’s level. I would take a Tshwane bus back home [from school] on a daily basis, which would pass by the University, and seeing the institution made it even worse,” he says.

“Being accepted by both these international institutions proved to me that UP is truly recognised for the quality of students it produces and the quality of education offers,” he says.

“In addition, the qualification at UP was an all-rounded one. Reason being that I did not get exposure to just academics. I was able to improve my work readiness through the career office and the various roles I took (tutor, assistant lecturer and information assistant at the library). Also, I was able to work with the Centre for Sexualities, AIDS & Gender, which exposed me to the social issues faced in South Africa and the world at large. There were more skills I gained, but I can say that what I have learnt, and I’m still learning, from UP is gearing me up to be a massive social contributor in the modern world we live in.”

Oyebode says that it was not a smooth ride as he struggled to keep his head above water financially. In 2016, during the second year of his studies, he made it his goal to become a teaching assistant in UP’s Department of Statistics for the 2017 academic year. The position of teaching assistant would not only fulfil his passion for helping other students achieve academic success, but it would also help him financially. As the position could only be awarded to a registered student, he faced being rejected because of the fees he still owed at the beginning of 2017, which prevented him from registering. He says this was a stressful experience for him because his family was in financial distress at that time.

“For most of the first quarter of the 2017 academic year, I attended classes as an unregistered student. This meant that I would receive the benefit of the lectures, but I could not have access to the uploaded lecture content. I had to persevere. I could not give up so quickly and watch my dreams of attaining a university degree pass me by.”

Oyebode currently works as a graduate trainee in the Behavioural Economics Mastery Programme at Standard Bank South Africa. He hopes to build a school in his home town where special consideration would be given to students who have experienced any form of psychological trauma which might have resulted in mental disability, to enable them to channel their previous hurt in life towards education.

Oyebode encourages undergraduates to strive towards excellence and to work on their emotional intelligence. “I firmly believe that effective human relationships cannot be taught theoretically, but rather, they are developed through constant interaction,” he says.

The corporate world is changing drastically, and the only way one can keep up is to work on how they can be a fully emotional and intellectual human being who is ready to change the world, he adds. 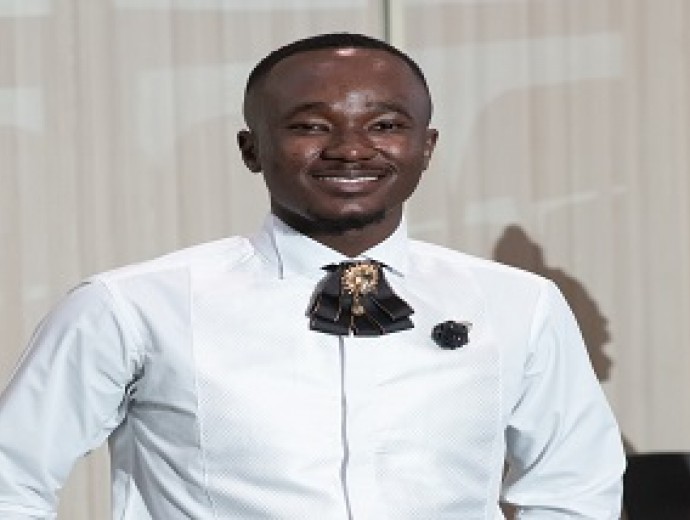