Professor Roula Inglesi-Lotz from the Department of Economics took part in the G200 Youth Forum 2015 that took place in Garmisch-Partenkirchen, Germany from 29 April to 3 May 2015.
The G200 Youth Forum, organised for the 10th consecutive year, was the largest international event organised for young leaders from about 200 countries in 2015, and over 500 young leaders, students and academics, representatives of the business world and parliaments participated in it. The G200 Youth Forum 2015 had four main platforms which ran in tandem with each other, namely the G20 Youth Summit, a conference, an international young parliamentarians’ debate and joint sessions of the G20 Youth Summit, conference and international young parliamentarians’ debate participants.

Prof Inglesi-Lotz participated in the joint session titled ‘What lessons should G20 countries learn from developing countries?’ with participants from Australia, China and Japan. She presented her paper, ‘Social rate of return to R&D investment in energy’ as part of a round table session on ecology, the environment and energy, focusing on innovations in the energy sector and their implementation.

During the four days of the G200 Youth Summit, Prof Inglesi-Lotz had the chance to interact with students, academics, researchers and policy makers from various countries, such as Australia, China, Japan, Ghana, Uganda, Cote d’Ivoire, UK, Lebanon, and Spain. She also had fruitful interactions with the other participants from the University of Pretoria, other South African participants from the higher education sector and the South African Legislature.
The final results and recommendations from the G200 Youth Forum are being finalised to be sent to heads of state, leading companies and NGOs worldwide.
- Author Department of Economics
Share this page
Published by Ansa Heyl 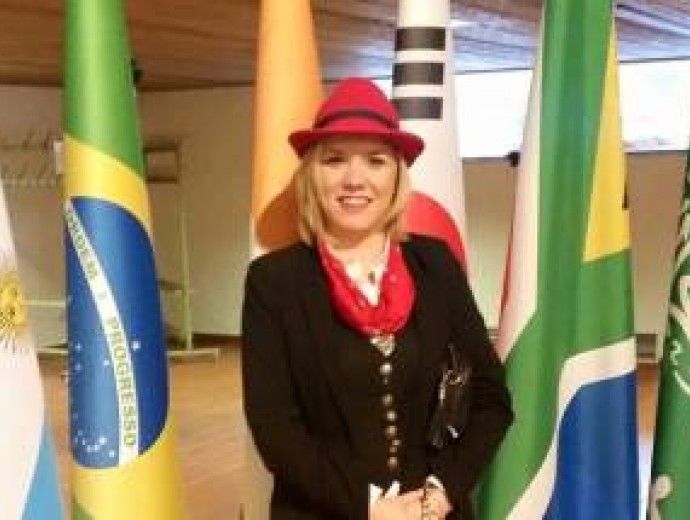