Bottle or tap: Which is safer?

We all know the importance of drinking enough water every day. Some of the many benefits of drinking water are that it improves skin complexion, flushes out toxins, maintains regularity and boosts the immune system.

South Africa is one of the few countries in the world where tap water is still regarded as relatively safe to drink, particularly in big cities such as Pretoria and Cape Town. However, the maintenance of water treatment facilities is expensive and this is not always effectively carried out – especially in smaller municipal areas. While water treatment plants have different 'cleaning' processes, most facilities are focused on the microbial quality of the water. Ensuring E.coli and faecal coliform are removed from water is a number one priority, as stipulated criteria in the water guidelines of the country. But there is more than just this to think about. The long term chronic exposure to certain chemicals can have serious effects on a person's health and even the health of your progeny. Chemicals get into our water systems by way of direct discharge into water, sewage and wastewater effluent, leaching from land fill sites, agricultural and storm water runoff and accidental spills. Some of these chemicals are known as endocrine disrupting chemicals or EDCs and have negative effects on a person's endocrine system.

The endocrine system chemically controls the various functions of cells, tissues, and organs through the secretion of hormones by endocrine glands. Endocrine glands include the adrenal glands, parathyroid gland, pituitary gland, and thyroid gland, as well as the ovaries, pancreas and testes. This is a very complex system that controls hormones and their receptors, with some only activating during specific stages of the life cycle, such as foetal development or puberty. Physiological developments controlled by hormones include growth, metabolic processes, sexual functions and a person's ability to resist disease. EDCs disturb the hormonal system in several ways, mimicking natural hormones by binding to and activating the receptors; blocking the receptors to prevent the natural hormones from binding or by affecting the synthesis or transport of hormones. Examples of products that may contain EDCs include pesticides and fungicides, pharmaceutical agents such as oral contraceptives, personal care products, industrial solvents and their by-products and plastics and plasticizers. We are exposed to such chemicals daily, through air, food, dermal absorption and water. Disorders related to EDC exposure range from genital malformations, obesity, Type 2 Diabetes and endocrine related cancers including testicular, prostrate, breast, ovarian, endometrial and thyroid cancers.

Dr Catherina van Zijl, senior medical natural scientist of the Environmental Chemical Pollution and Health Research Unit of the Faculty of Health Sciences at the University of Pretoria evaluated the levels of selected EDCs in drinking water in South Africa as part of her PhD study under the supervision of Prof Tiaan de Jager and Dr Natalie Aneck-Hahn. In this study, funded by the Medical Research Council (MRC), Van Zijl analysed the differences between tap water and bottled water, in an attempt to see which has fewer EDCs and is the safer option to drink. The focus of the study was a comparison of the estrogenic activity and levels of estrogens, bisphenol A (BPA), nonylphenol (NP) and phthalates between tap and bottled water. These EDCs have been reported in tap and bottled water from various countries.

'While water treatment plants try to treat the water as best as possible, water facilities were not designed to remove EDCs,' says Van Zijl. Water treatment processes do remove EDCs to some degree, which include methods such activated carbon, ultra violet irradiation, reverse osmosis and bio-degradation. Activated carbon is one of the most effective ways of removing EDCs, but it is expensive. 'Even if all the EDCs are removed by water treatment processes, sometimes the way water is transported might contribute to the contamination of the water we drink. When PVC pipes are used to transport water, BPA can migrate from the pipes into the water,' she notes.

So is bottled water then the way to go? While plastic is a major source of many problems on this planet – pollution has become such a global problem there are five huge garbage patches in the oceans – the majority of bottled water manufacturing companies bottle their water in polyethylene terephthalate or PET containers, regarded as a safer plastic that does not contain BPA. In fact, bottled water companies do not even test for BPAs, NPs and phthalates because they say the plastics they use do not contain these health risk causing plastics.

BPA is found in certain plastics and the linings of metal food and beverage cans. It is even found in receipt paper. The endocrine disrupting effects of BPA include secondary sexual changes, neuro-behavioural alterations and immune disorders with foetal exposure. BPA exposure is also linked to fertility problems, cardiovascular disease, diabetes, obesity and liver dysfunction.

NP is used in the manufacturing of plastics and surfactants used in detergents and emulsifiers for household and agricultural applications. They can be found in food packaging, cleaning and skincare products. It has toxic and estrogenic activity and found to cause feminization of aquatic organisms and also decrease male fertility.

Phthalates are used as plasticisers, solvents and additives in various consumer products, including food and personal care products. Because phthalates are not covalently bonded to the plastics in which they are used, they continuously release from the products, explains Van Zijl. Exposure increases the risk of insulin resistance; it is associated with decreased sex hormone levels and has other adverse effects on the human reproductive system. While phthalates are metabolised and excreted fairly quickly out of our bodies, it is the chronic exposure and combination of these materials that is a reason for concern.

While water bottle companies claim to be free of these chemicals, studies have found EDCs in water bottled in PET containers. Van Zijl explains there are several reasons why this might be the case: the source water might have been contaminated; contamination might have occurred during the production process – cleaning products used in the filling system; or the bottle itself or the cap might be the cause for the contamination. Increased temperature and exposure to sunlight can also influence bottled water, causing substances in the plastic to leach into the water.

In her study, Van Zyl evaluated 10 distribution points of tap water in Pretoria and 10 in Cape Town. She also collected water samples seasonally in order to account for seasonal variations on the quality of water. She analysed 10 of the most popular bottled water brands in South Africa, making sure the water came from a variety of sources such as spring water, dolomite lakes, treated water from different areas, as well as including different treatment methods. Bottled water was also stored at 20°C and 40°C to see whether temperature had an effect on the levels of the target chemicals.

Tests included bioassays to indicate the total estrogenic activity of each sample as well as chemical analysis to determine the concentrations of specific EDCs. The chemical analysis was conducted at the Central Analytical Facilities (CAF) laboratory at the University of Stellenbosch, as part of a collaborative study with the University of Stellenbosch and the CSIR. This data was used to do a health risk assessment, in collaboration with Bettina Genthe from the CSIR, Natural Resources and the Environment, Stellenbosch, to determine the human health and carcinogenic risks associated with the consumption of the tap and bottled water. Estrogenic activity was higher in tap water which indicated these water treatment facilities were not able to remove all the activity. BPA, DINP (a phthalate) and EE2 (synthetic hormone) were higher in bottled water and estrogenic activities increased in some of the bottled water when exposed to increased temperature of 40°C.

However, health risk assessments revealed acceptable health and carcinogeic risks associated with the consumption of the water and these results compared well to other countries, giving both tap water and bottled water the green light. While this is a sigh of relief, Van Zijl notes that this study only tested for estrogenic activity and not other hazardous chemicals that might affect the thyroid and androgenic activities in the human body. These tests were also only conducted in two large cities and smaller municipalities' treatment processes are not of the same standard.

So, should we drink bottled water? Statistics show between 1999 and 2012 there was a 315% increase in South Africa in the consumption of bottled water. This is certainly the more expensive choice and, as Van Zijl's study showed, chemicals can migrate into the water from the bottle. Plastic bottled water carries a very high carbon footprint, taking up to 450 years to decompose. However, it can be a good option when tap water is not available or of poor quality. It is also a healthier alternative to other bottled beverages filled with sugar.

It comes down to personal choice, says Van Zijl, but advises that should you choose to drink bottled water, it should be an informed and responsible choice. Make sure the bottle has the South African National Bottled Water Association (SANBWA) logo. SANBWA adheres to stringent quality standards, complies with environmental standards and is actively involved in facilitating the recycling of PET bottles. Always store water in a cool, dry place and use within the expiry date. Do not reuse PET bottles because this increases the chances for chemicals to leach into the water and make sure your bottle does not contain PVC (do not use bottles with no 3 recycling code on the bottle). Most importantly, think of something bigger than yourself, think of the planet and recycle. 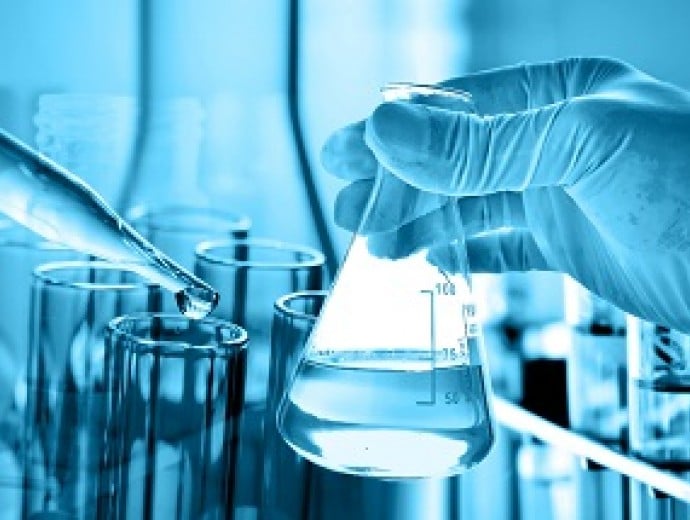