Mosquitoes are insect vectors of deadly diseases such as malaria, dengue fever, Zika virus, lymphatic filariasis and West Nile fever. They transmit disease to hundreds of millions of people, resulting in up to a million deaths annually. These transmissions can be reduced by using, amongst other things, topical mosquito repellents that prevent or reduce contact between the blood-seeking female mosquitoes and humans.

Malaria alone has resulted in 214 million clinical cases and 438 000 deaths in 2015, with most cases and deaths noted in the World Health Organisation (WHO) Africa region. Long-life insecticide-treated nets (LLINs) and indoor residual spraying (IRS) are the main malaria vector control interventions recommended by the WHO. Both interventions target mosquitoes that feed indoors, however a significant proportion of malaria infections in Africa may be due to exposure to vector mosquitoes during the early hours of the night when people are still active outdoors.

N,N-diethyl-meta-toluamide (DEET) is considered the "golden standard" mosquito repellent for outdoor personal protection because of its superior residual efficacy, which is unfortunately only a few hours. Its relatively high cost and the need for repeated application to the skin at high concentrations (10 to 70%) prohibit its use in tropical countries. Emergent resistance and negative consumer perceptions, including high adsorption rate, odour, oily feel on the skin and skin irritation, are shortcomings that highlight a growing need for replacements.

Researchers from the Institute of Applied Materials (IAM) and the University of Pretoria Institute for Sustainable Malaria Control (UP ISMC), a SAMRC Collaborative Centre for Malaria Research at the University of Pretoria, have recently discovered a special blend of two repellents with improved repellent efficacy and persistence. The synergistic mixtures of approved repellents could provide a faster route to the public use of replacement repellents. Commercially used repellents tend to be low-volatility liquids, which are usually applied directly to the skin and then slowly evaporate into the ambient air. The repelling vapour that results around the applied area on the skin is the actual mechanism of action. Factors that impact on the performance of the repellent formulations are proper evaporation rate and consistency of the composition of the released vapour. This implies that a longer-lasting effect could be produced by a reduction in the apparent vapour pressure and the rate of mass loss of the repellent.

Through their research the researchers have given effect to this idea by blending the repellent with another suitable compound with which it forms a negative pseudo-azeotrope. A negative pseudo-azeotrope composition is a mixture of two or more substances that retains the same composition in the vapour state as in the liquid, while it has a lower vapour pressure than the parent compounds.

The team found that the negative pseudo-azeotrope mixture was less volatile than the parent compounds used. Although negative pseudo-azeotrope repellent formulations have a constant and lower release rate, the mixing of ingredients to formulate a negative pseudo-azeotrope results in interactions among the components. This could consequently impair the inherent repellence effect of the compounds when in a mixture. Repellent activity was tested and results indicated that the mixture featured improved performance with respect to both persistence and repellence efficacy. Furthermore, a knock-down effect was noted, even resulting in mortality of most of the test mosquitoes.

The concept of negative pseudo-azeotrope mixtures as controlled-release repellent formulations will result in the development of improved mosquito repellent formulations, which will contribute greatly towards the fight against malaria and other mosquito-borne diseases. The researchers have published their findings in the journal Scientific Reports, which is available online. 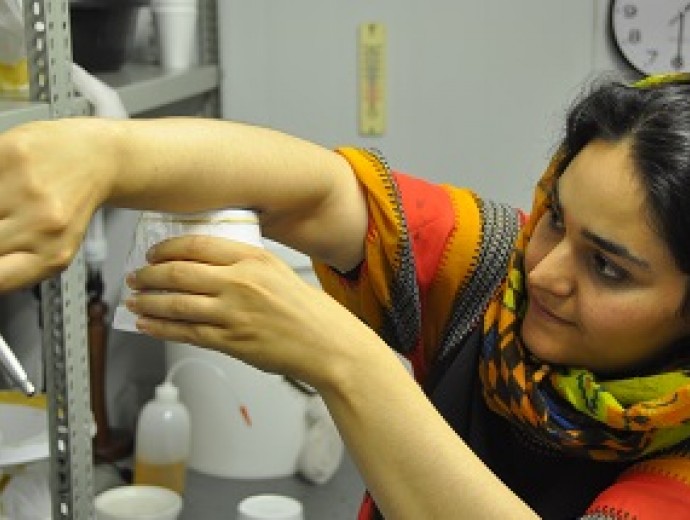